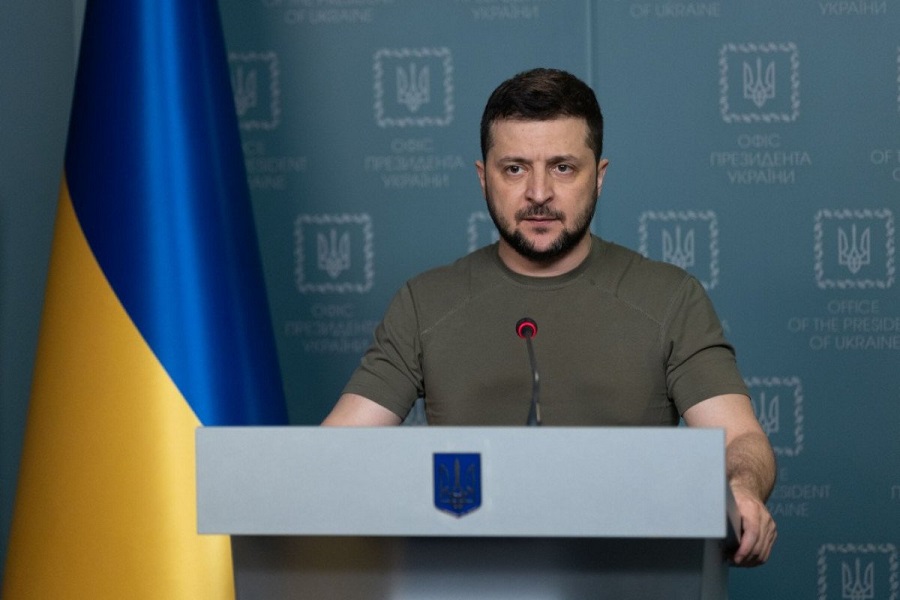 President of Ukraine Volodymyr Zelensky has reported on the latest situation in the ongoing war with Russia.

President of Ukraine Volodymyr Zelensky assessed that “the situation at the front is difficult”, saying that the Russian army continues to inflict heavy losses on the Donetsk front of Ukraine.

The fact that the Russian-Ukrainian war continues, Zekensky recalled in a video message, which he published at night in his Telegram account.

Noting that Russian troops were trying to advance especially on the Donetsk front, but the Ukrainian army continued to successfully repel Russian attacks, Zelensky said: “The situation on the front is difficult.”

Claiming that the Russian army suffered heavy losses during the offensive on the Donetsk front, Zelensky noted that Ukrainian forces prevented Russian troops from advancing here.

Zelensky said that Russian forces are trying to “hold” the settlements under their control in the Luhansk region and advance in the Kharkiv region and southern Ukraine.

Declaring that Russia had committed a crime by starting a war in Ukraine, Zelenskiy said they were working hard to bring senior Russian political and military figures to justice.

Zelensky said: “We have already established cooperation with the International Criminal Court (ICC) and will increase this cooperation. However, unfortunately, the current international legal instruments are not enough for justice (the war in Ukraine).

Zelensky, who argued that an international court should also be set up to try those responsible for the war that started in Ukraine: “We need a special court in addition to the International Criminal Court to take responsibility for the aggression. . “We are doing our best to create such a court,” he said.