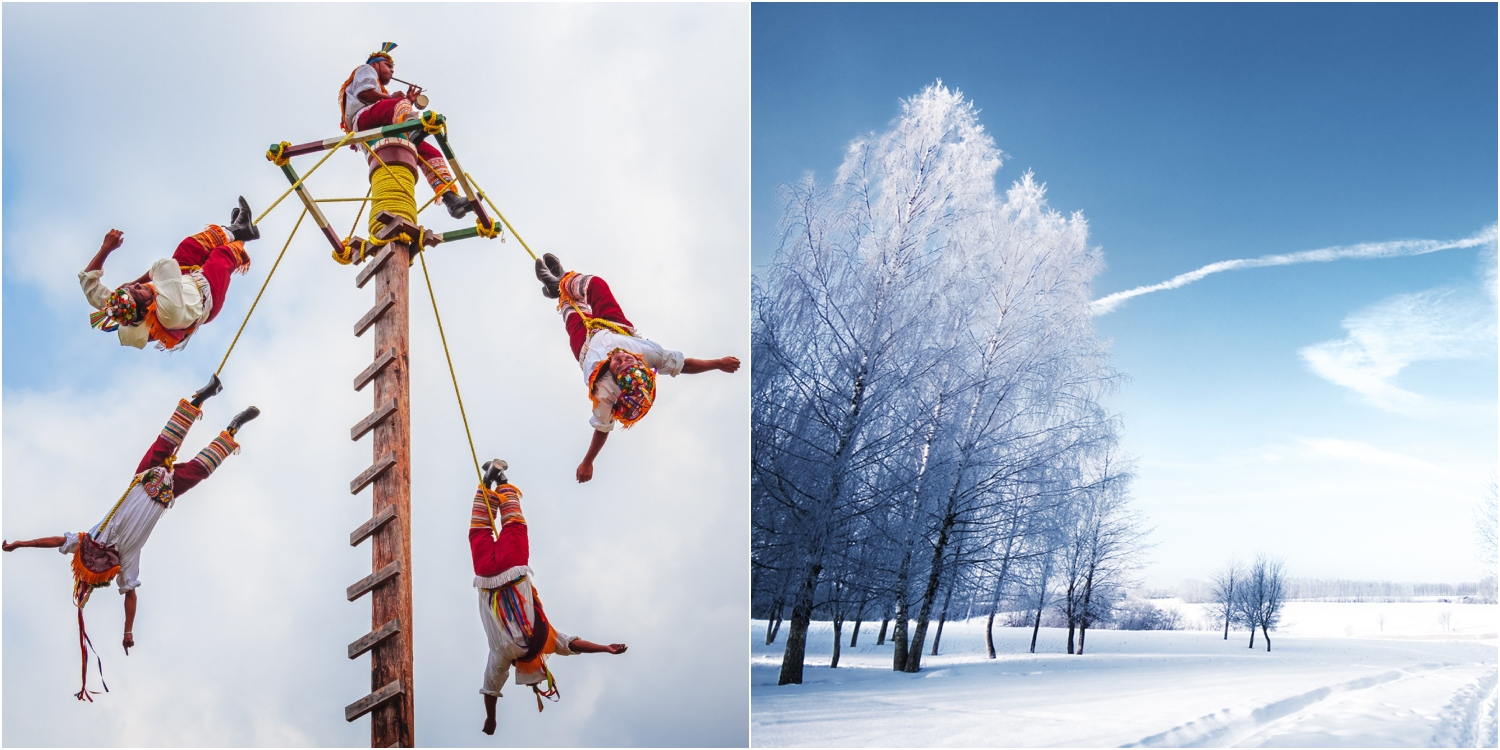 Today is December 21st. For everyone living in the Northern Hemisphere, winter has officially begun! However, people north of the equator will experience the shortest day of the year, the “winter solstice” today. For this reason, December 21 is known in many societies by various names, such as “the shortest day”, “the longest night”, or “the darkest day”. On the other hand, the beginning of winter has been celebrated with great enthusiasm in different parts of the world since ancient times. Naturally, these holidays also feature scenes that warm the heart on the first day of winter. Here are the celebrations of the winter solstice in different regions of the world…

On December 21, the Northern Hemisphere reaches its farthest point from the Sun. Thus, this date marks the beginning of winter in the Northern Hemisphere. However, on this day the Sun is at the lowest point in the sky, close to the horizon. Thus, those north of the equator experience the shortest duration of daylight, at 24 hours. Yang will live the shortest day or the longest night…

The winter solstice does not always fall on December 21st.

How short is the shortest day depends on your region.

For example, on December 21, a day in the UK lasts about 8 hours. The closer to the north, the shorter the day becomes. Iceland can only see daylight for 2 hours and 14 minutes on December 21st.

The beginning of winter has been celebrated in different communities since ancient times.

The Dongzhi Festival is considered a very important holiday in most of East Asia, especially in China, Korea and Japan. Dongzhi, which means “extreme winter”, is celebrated as the beginning of long days and a source of positive energy. On the other hand, the origins of the festival are based on the philosophy of “yin-yang”, that is, harmony and balance, which occupies an important place in Eastern culture. As part of the festival, special desserts unique to East Asia are prepared and eaten throughout the day.

In ancient Turkic beliefs, the sun and the seasons are of great importance. Here Nardugan, which means “sunrise”, is an ancient holiday enthusiastically celebrated on December 21, the winter solstice.

In Central America, the first day of winter is celebrated with a rather interesting holiday. On December 21, 4 or 5 people, also called “Birdmen”, climb a high pole, are tied to the pole with a rope, and then are dropped into space. Bird people dance like birds in the air… According to ancient legends, this dance is performed to make the gods happy, relieve drought and increase the yield of corn.

The official beginning of winter is celebrated in Iran under the name Yalda. Iranian families get together on the longest night of the year, eat deliciously, talk for a long time and read poetry to each other…

The winter solstice was also of great importance to the ancient Romans, who lived a very long time ago. So much so that the celebration of the winter solstice, called Saturnalia, began on December 17 and lasted 7 days. On the other hand, these celebrations were held in the name of Saturn, who was considered the progenitor of the gods in ancient Rome. Gathering in the temples built in the name of Saturn, the Romans made sacrifices, arranged feasts, gave gifts.

A long time ago, the Germanic peoples who lived on the territory of modern Scandinavia celebrated the winter solstice under the name Yule-Yul-Yul. On this interesting winter holiday, large bonfires were lit, symbolizing the Sun, light and warmth. However, as part of the festival, huge logs were burned for Thor, one of the most important gods in Norse mythology, and were believed to drive out evil spirits.

The first celebrations of Christmas arose as a mixture of Christianity and paganism and the festivities of ancient Rome. However, according to the lunar calendar used in Roman times, the winter solstice coincided with December 25th. However, after the transition from the lunar calendar to the Gregorian calendar, the winter solstice began to be celebrated on December 21. However, Christians continued to celebrate the birth of Jesus, or Christmas, on December 25, sticking to the original date.