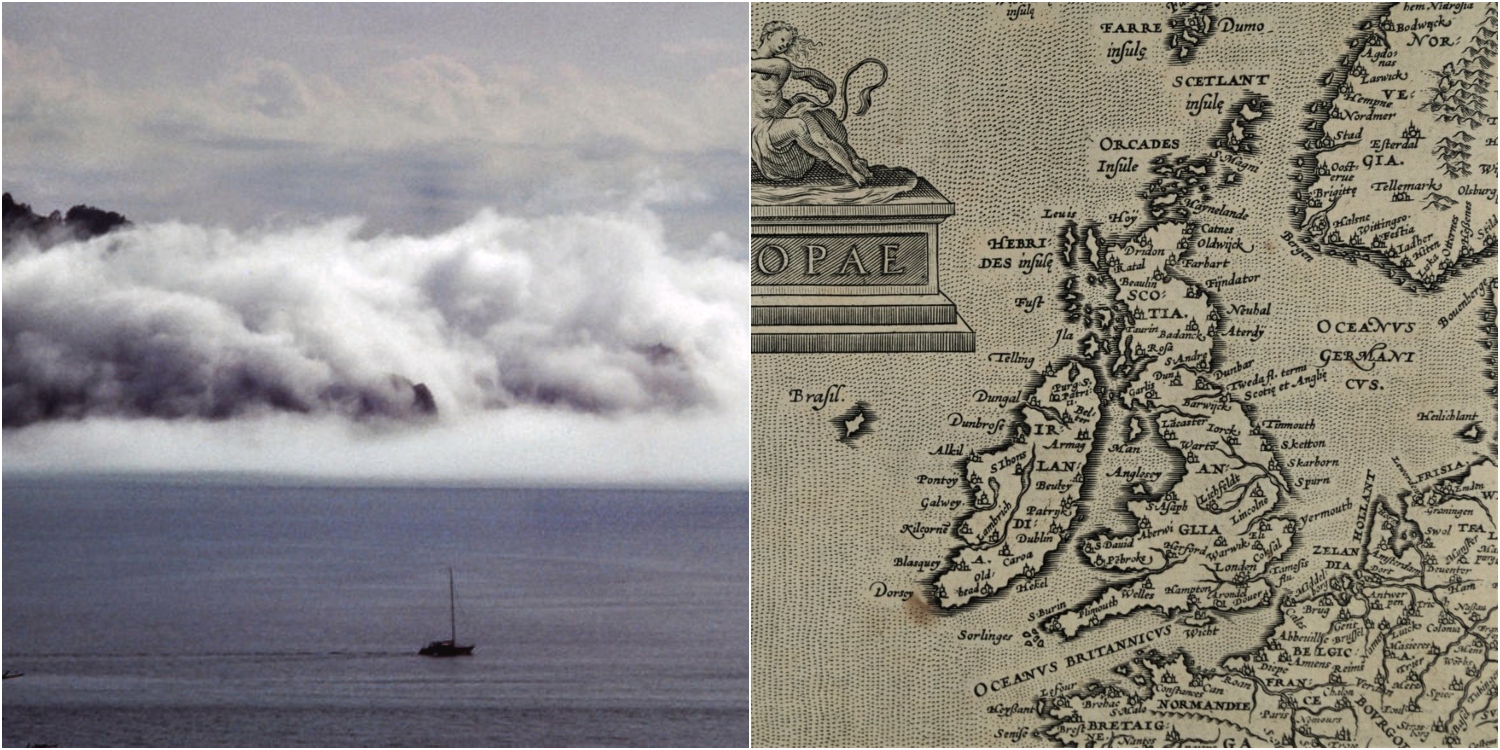 Many interesting places and interesting settlements have appeared throughout the history of mankind. Some of these places attracted attention for their unusual geographical features. Others were places that had become desolate or intimidating over the years for various reasons. However, among these extraordinary places there are places that differ from others in some features and are much more interesting. One such place is the “Isle of Brazil”, located in the Atlantic Ocean in the west of Ireland …

What makes the island one of the most interesting places in the world is neither its geographical features nor its wildlife. The interest of the island stems from a mystery that has been preserved since ancient times and remained unsolved for hundreds of years. This riddle is about whether the island actually exists! Here’s what you need to know about the Brazilian island that is the subject of ancient legends…

According to historians, the name of the island comes from the Bresail clan, who lived in Ireland hundreds of years ago.

In other words, the island has no connection with the South American country of Brazil either geographically or etymologically. However, it is known that many different names have been used for this island throughout history. However, since ancient times, this island is often called the island of Brazil …

Brazil Island, a place in the west of Ireland, near the Atlantic Ocean.

More precisely, it is believed that there is such an island in the west of Ireland, near the Atlantic Ocean! However, the existence of the island is clearly shown on many maps from the 14th century. However, no one in history has ever set foot on the island, except for a few people who claimed to have seen the island!

Legend has it that the island of Brazil is an eerie place covered in thick fog that only appears for one day every seven years!

The imaginary island has been depicted on maps drawn by many sailors and cartographers over hundreds of years.

One of the first maps depicting this ghost island is dated 1325! On the map drawn by the cartographer Angelino Dulsert, the island was located as a round island on the west coast of Ireland, called the Island of Brazil.

In 1436, a Venetian navigator and cartographer named Andrea Bianco showed the island of Brazil as part of an archipelago of the same name in the Atlantic Ocean.

By 1562, the island of Brazil appeared on a map by the Spanish cartographer Diego Gutiérrez. In 1570, the Belgian cartographer Abraham Ortelius said that there was an island in the west of Ireland called Brazil.

From the mid-1700s, famous cartographers and sailors became skeptical about the existence of the island.

In 1480 and 1481, two explorers took action to unravel the mystery of the island!

For hundreds of years, a large number of navigators contributed to the spread of the legend of the island of Brazil. Thus, the existence of this island, which no one had set foot on before, was accepted as a fact even by many navigators and cartographers until the 19th century.

For example, many documents say that the island was discovered by some sailors and actually existed. The best known and most striking of these documents was a document describing a sailor named John Nisbet staying at an old castle on the island with his crew.

Throughout history, many people believed that the fog-shrouded island, which became visible for a day every 7 years, actually existed.

Today it is known that there is no place in the Atlantic Ocean called the island of Brazil! However, this ancient legend lives on in today’s popular culture and in the hearts of some dreamy adventurers…