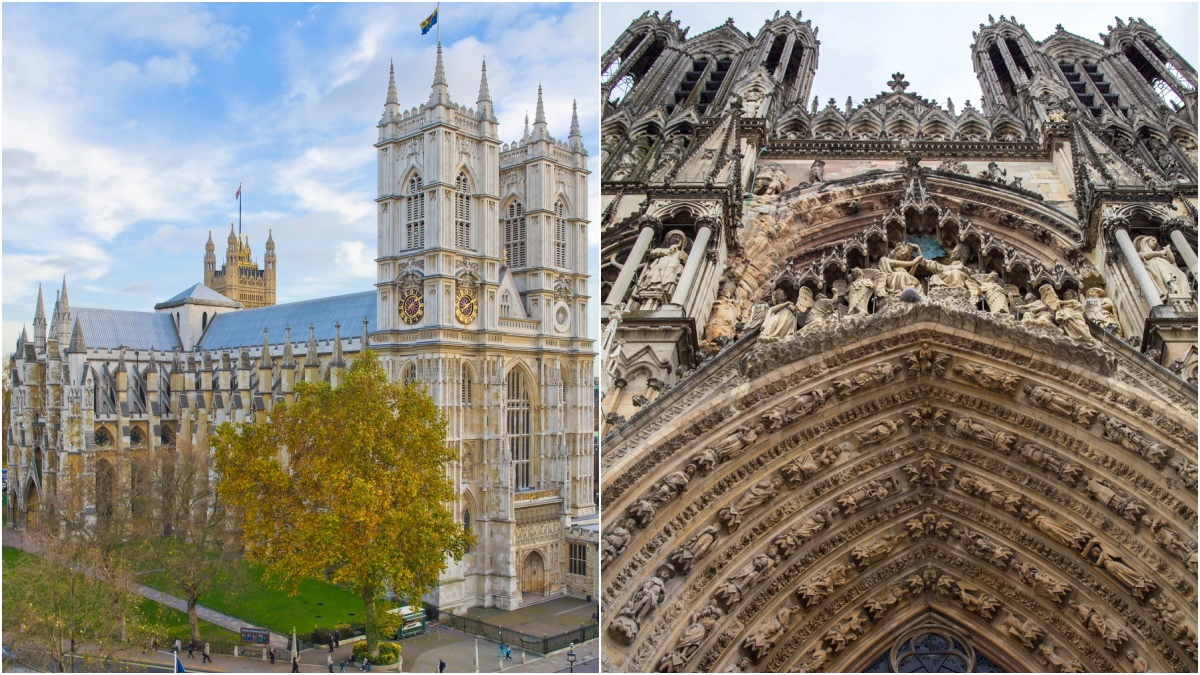 Arriving in any city in Europe, the first thing that catches your eye is colorful buildings. It would not be wrong to say that most of these historical and iconic structures bear traces of Gothic architecture that originated in the Middle Ages. Gothic, one of the most famous architectural movements in the world, originated in France in the 12th century. The most distinctive features of this architectural style, adopted not only in France but also in many European cities, are ornate decorations, rose windows, high ceilings and lancet arches. Let’s take a closer look at what Gothic architecture is. Then let’s take a look at the best examples of this architectural style in France and other European countries.

What is Gothic architecture?

Gothic architecture; It is a Eurocentric architectural style that values ​​height and is characterized by ornate and ostentatious decor. Although it originated in France, traces of Gothic architecture can be found in cathedrals, churches and similar structures throughout Europe.

Large stained glass windows, buttresses and lancet arches were often used in Gothic architecture, which originated in the 12th century and gradually declined towards the end of the 16th century. In addition, ornate carvings, sculptures, rose windows and high ceilings are some of the most distinctive features of this architectural style.

The first example of Gothic architecture is the Saint-Denis Basilica, designed in 1122 by the French historian and architect Abbe Suger. Influenced by the lancet arches and detailed decorations he saw during his eastern journey, Suger reflected his inspiration in church design and laid the foundation for Gothic architecture.

Gothic architecture is usually characterized by 5 main elements, although this can vary depending on the age, location, and type of building. These:

Stained glass windows were widely used in cathedrals built in the Gothic style. These huge windows, which were planned to be long, arched or round, also allowed more daylight to enter.

Architects working in the Gothic style adapted the long, thin and pointed arches often used in Islamic architecture to gothic architecture. This silhouette also symbolically pointed to the sky.

The architects who adopted the Gothic style preferred rib vaults, also called rib vaults, over traditional barrel vaults to create higher ceilings and larger windows. These vaults helped to better support the building as well as its aesthetic appearance.

Arched buttresses, which were developed to complement the new vaulting methods, made the building stronger by distributing the weight of the roof to low levels, and also gave it an aesthetic appearance.

The most important Gothic buildings in France

The Saint-Denis Basilica is known as the first building of Gothic architecture. Because in the building, rebuilt under the leadership of Abbot Suger in the 12th century, vertical buttresses, large window arches and sculptural decorations, identified with Gothic architecture, were abundantly used. The use of these various elements meant a great departure from Romanesque, the most important architectural movement of the period, and actually laid the foundations of Gothic architecture.

When most people think of Gothic architecture, Notre Dôte church comes to mind. The cathedral has almost all the features of Gothic architecture, from huge rose windows to buttresses. Notre Dame, whose construction began in 1163 and lasted 1260 years, is today one of the most visited buildings in Paris. The church, which has been repeatedly restored in its history, was badly damaged by a fire in 2019. Repair work on the Notre Dame Cathedral, whose tower and roof were damaged by fire, continues.

Chartres Cathedral is actually an interesting mix of early and late Gothic due to the fires that destroyed the building. For example, the right pointed tower of the northern façade contrasts strongly with the left tower. Because one reflects the simple gothic style of the early period, while the other has a magnificent look of the late period. Chartres Cathedral, which is usually an ornate building, is also surrounded by hundreds of statues depicting biblical narratives.

Reims Cathedral, one of the finest examples of Gothic architecture, was originally built after an early Gothic cathedral built before it was destroyed by fire. Above the central portal is a large rose window with fine carvings. On the top floor of this place is the exterior, which consists of 56 sculptures.

Although Reims Cathedral was largely preserved during the French Revolution, it was damaged after World War I when German troops used it to house their wounded soldiers. After a very expensive reconstruction, the cathedral regained its former glory and took on its current form.

Amiens Cathedral, built in the 50s, is an excellent example of high Gothic, built in a very short time, taking into account the conditions of that period. While Amiens represents the pinnacle of trying to reach heaven, it is also the largest cathedral in France. To illustrate this with a small example, two Notre Dame can fit inside Amiens Cathedral.

The construction of Amiens Cathedral began in 1220 after a fire destroyed the Romanesque cathedral. This building, which welcomes millions of tourists every year, is especially famous for the quality of the sculptures on the façade.

The Gothic style was not limited to France. In addition to France, this vibrant architectural trend has also found its place in England, Germany, Spain and Italy. Although each country contributed its own touch to Gothic architecture, the basic elements of the Gothic were preserved in almost all the buildings built. Here are important structures from other European countries that can be shown as examples of Gothic architecture…

The construction of the Milan Cathedral began in 1386 and was completed in 1965. Known for its 135-tower façade and 3,400 statues, the cathedral is also a great example of how Gothic architecture was transformed outside of France.

An iconic building in London, Westminster Abbey took on its current form during the reign of Henry III. Home to English monarchs since 1066, the church has almost every hallmark of Gothic architecture, from flying buttresses to rose windows, lancet arches and ribbed vaults.

St. Stephen’s Cathedral, located in Vienna, is a magnificent combination of Romanesque and Gothic architecture. With an impressive tower rising above the horizon, the cathedral is best known for its colorful roof. This roof, covered with 230,000 tiles, has zigzag patterns and double-headed eagle mosaics. The cathedral also has 22 bells, 18 altars and a huge stone pulpit.

Seville Cathedral in Spain is the largest cathedral in the world. This Gothic style building was completed in the early 16th century. Known for its gigantic size, ornate and carved stonework, Seville Cathedral also uses the old mosque’s minaret as its bell tower.

The Legacy of the Communist Era: 9 Most Outstanding Examples of Soviet Brutalist Architecture