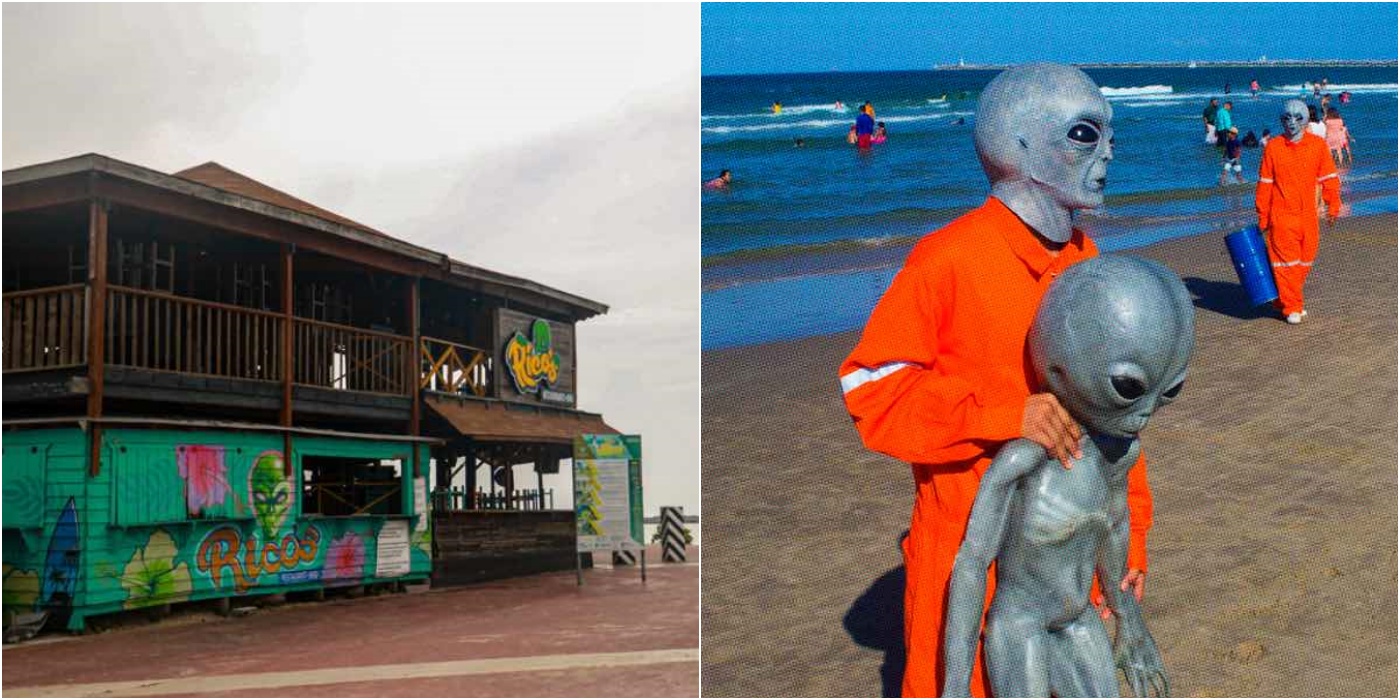 The question of whether aliens exist or not has been debated for hundreds of years. While it has yet to be scientifically proven, some people insist that aliens do exist. So much so that the inhabitants of some cities even believe that they are guarded by aliens. For example, some residents living in the cities of Madero and Tampico in the Mexican state of Tamaulipas attribute the reason they do not suffer from tropical natural phenomena in the region to aliens. Let’s look at the details together.

Tropical Storm Carl hit the area near the cities of Madero and Tampico in October.

However, as it approached these cities, the storm made a sharp turn away from the coastline. This was considered quite normal among people who believed in “protective aliens”. Because the city was already under the protection of aliens!

Beatriz Garcia, 71, who was interviewed on the subject, said they weren’t scared at all when they received the storm warning: “They (the aliens) will protect us,” I immediately said. What I believe and believe in is that they exist, they have created a base.”

According to local legend, in the city, aliens have set up a secret base near Miramar Beach from humans. This base was under water, and aliens have been watching the Earth for over 50 years.

Aliens in an underwater base protected the locals from hurricanes and other major natural disasters. Garcia says that in 1955 and 1966 there were strong hurricanes that destroyed both cities.

According to Garcia, in 1967 he and a friend saw flying objects in the sky:They appeared suddenly. So they can’t be planes, planes don’t do that. They moved slowly and there were a lot of them.”

Garcia wasn’t the only one in the area who said he saw a UFO. A day after this event, an article published in the newspaper El Sol de Tampico claimed that thousands of people witnessed the events in the sky. According to the same newspaper, an employee who worked on an airport tower in the region said he “counted 9 objects that could not be identified.”

One of the people who claim that aliens live in this region is Juan Abraham Soto. Soto worked for many years in the oil industry off the coast of Miramar. Like many people living in the area, he claims to have seen UFOs many times.

This legendary alien base, called Amupak, is very important to the region’s economy.

This coast, which is one of the most visited destinations for tourists coming to Mexico, has many space-themed restaurants, UFO T-shirts, and many shops selling alien toys. Tamaulipas Nembra tourism manager Carmen Jimenez says we are not alone in the universe and that she has seen aliens since she was five years old.

So, is there an explanation for meteorological phenomena in the region?

Hurricanes have long passed not only the cities of Madero and Tampico, but also many cities along the coastline, he said. Claiming that the legend of the aliens has been around for generations, Alvarez states that because of the urban legend, it is necessary to face the facts and take protective measures against hurricanes.

One of the most mysterious alien cases in history! What you need to know about the Lovett-Cunningham incident

Area 51, one of the most mysterious places on Earth: why is it associated with aliens?