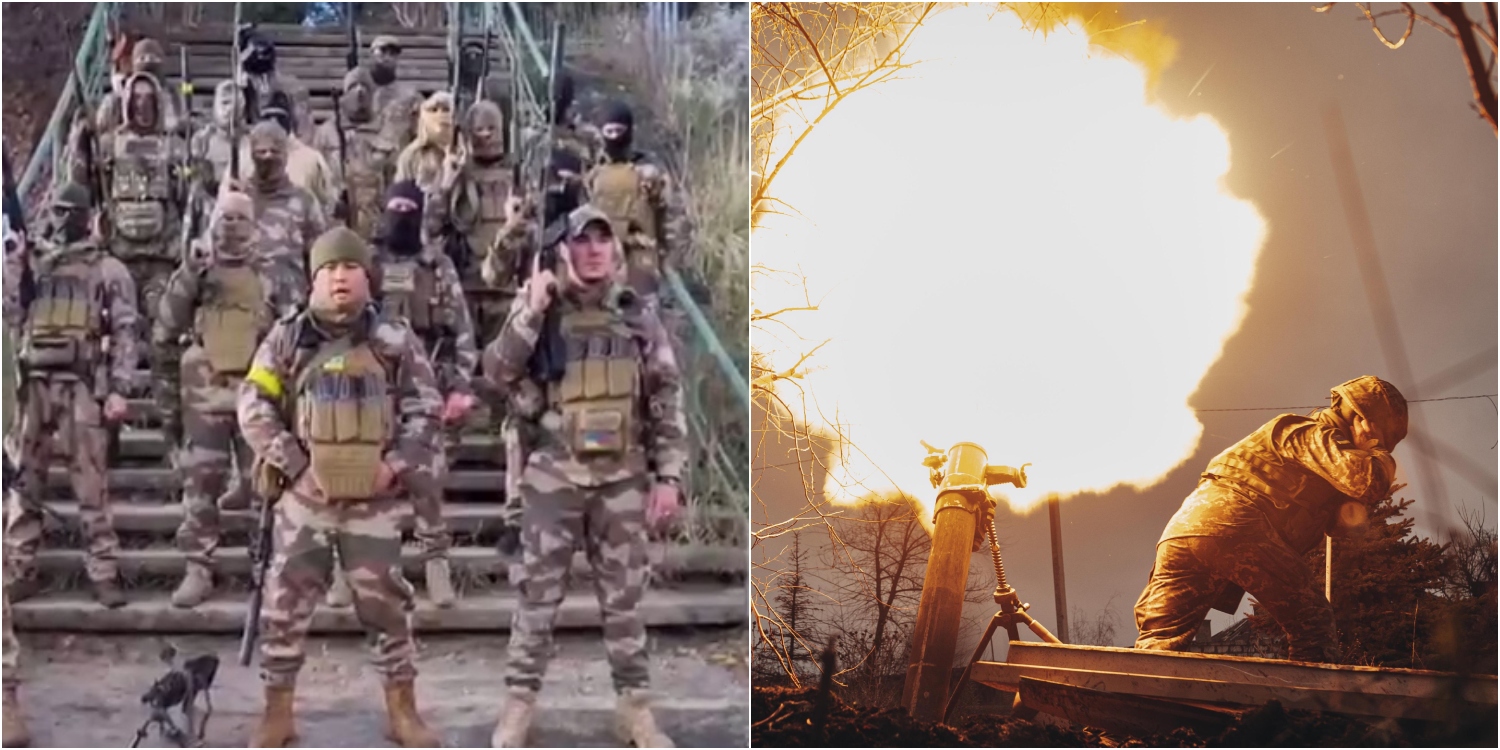 In February 2022, with the announcement by Russian President Vladimir Putin of the start of a military operation against Ukraine, one of the most shocking events of the last period began, the Ukraine-Russia War! Thousands of people died and thousands of people were injured in a war that took place before the eyes of the whole world. However, many cities, especially those belonging to Ukraine, were hit hard. However, in recent days, very interesting events have been taking place in the most striking war in recent history. A citizen of Kyrgyzstan named Almaz Kudabakoglu said that a unit was formed for the citizens of the “Turkish states” to fight in the ranks of Ukraine: the “Turan” battalion. The Turan battalion has recently become one of the shock elements of the Ukrainian-Russian war, and the video posted by people who joined the battalion, which is believed to have been created under the leadership of Kudabakoglu. So, what is known about the battalion? Let’s look at the details together…

The video, posted on social networks by a group of fighters of the Turan battalion with weapons in their hands, was recognized as an important event in the Ukrainian-Russian war.

Almaz Kudabakoglu in the video speaks Russian and says that Russian President Vladimir Putin committed genocide against the Turkish people. Another striking element of the video is Kudabakoglu’s remarks about the Chechen leader Ramazan Kadyrov. Kudabakoglu in a video posted on social media:We will overthrow the sinister rule of Kadyrov and Putin’s imperialist regime.” uses expressions. The video ends with the slogans “Long live Turan” in Turkish, accompanied by the “sign of the gray wolf”…

Almaz Kudabakoglu, who has been making statements to the Kazakh press in recent weeks, believes that Russia will not be content with Ukraine!

He argues that if Putin succeeds in Ukraine, Russia will attack Kyrgyzstan and Kazakhstan. Kudabakoglu says that the Turan battalion was created for this, and that they are fighting against Russia in Ukraine.

An estimated 350 men have joined the Turan Battalion so far.

It is alleged that these are mainly citizens of Kazakhstan, Kyrgyzstan and Azerbaijan, as well as the participation of a battalion from the Uighur region of China. In addition, it is alleged that Zhasulan Duysembin also joined the battalion, who hit the agenda with videos he shared on social networks and called himself “Kazakh Rambo”. On the other hand, there is no information that there is a person from Turkey in the battalion.

In other words, the first Turks who took part in the Ukrainian-Russian war are not members of the Turan battalion. In recent months, citizens of Kyrgyzstan have come across online advertisements inviting them to fight for Russia. It was later revealed that these announcements were published by a private military company in Russia. It is also known that some Kyrgyz have been fighting in the Russian army since the beginning of the war.

There is not enough information about Almaz Kudabakoglu, who posted the video on behalf of the Turan Battalion.

However, according to information received from the Kyrgyz Embassy in Ukraine, it is known that Kyrgyzstan used to reach Kudabakoglu and urge him to return to his country. Despite this, it is claimed that Kudabakoglu refused this challenge and continued to fight. It is also alleged that Kudabakoglu worked as a hairdresser in Kyiv before the war, participated in the war in May last year and joined the regional defense units.

Kyrgyzstan announced that it had launched an investigation into Almaz Kudabakoglu, who came on the agenda with the Turan battalion.

Under Kyrgyz law, citizens of Kyrgyzstan are prohibited from participating in wars or conflicts in foreign countries. It is expected that violators of this ban will be punished with imprisonment for a term of 5 to 8 years.

Also about Kudabakoglu from the KNB of Kyrgyzstan: “The behavior of this citizen contradicts the official position of Kyrgyzstan. Kyrgyzstan is neutral in the events between Russia and Ukraine‘ made a statement.

It is known that a large number of foreigners took part in the war between Ukraine and Russia.

In February, when the war broke out, Ukrainian Foreign Minister Dmytro Kuleba announced that they had formed an “International Battalion” for foreigners who wanted to support them. A website has been created for citizens of 68 different countries explaining how they can apply from the country they live in.

Dmitry Kuleba said that at the beginning of the war, 20,000 volunteers from 52 different countries turned to them. In the past, 10 people, made up of British, US, Swedish, Croatian and Moroccan citizens, were taken prisoner by Russia and used for a prisoner exchange with Ukraine.