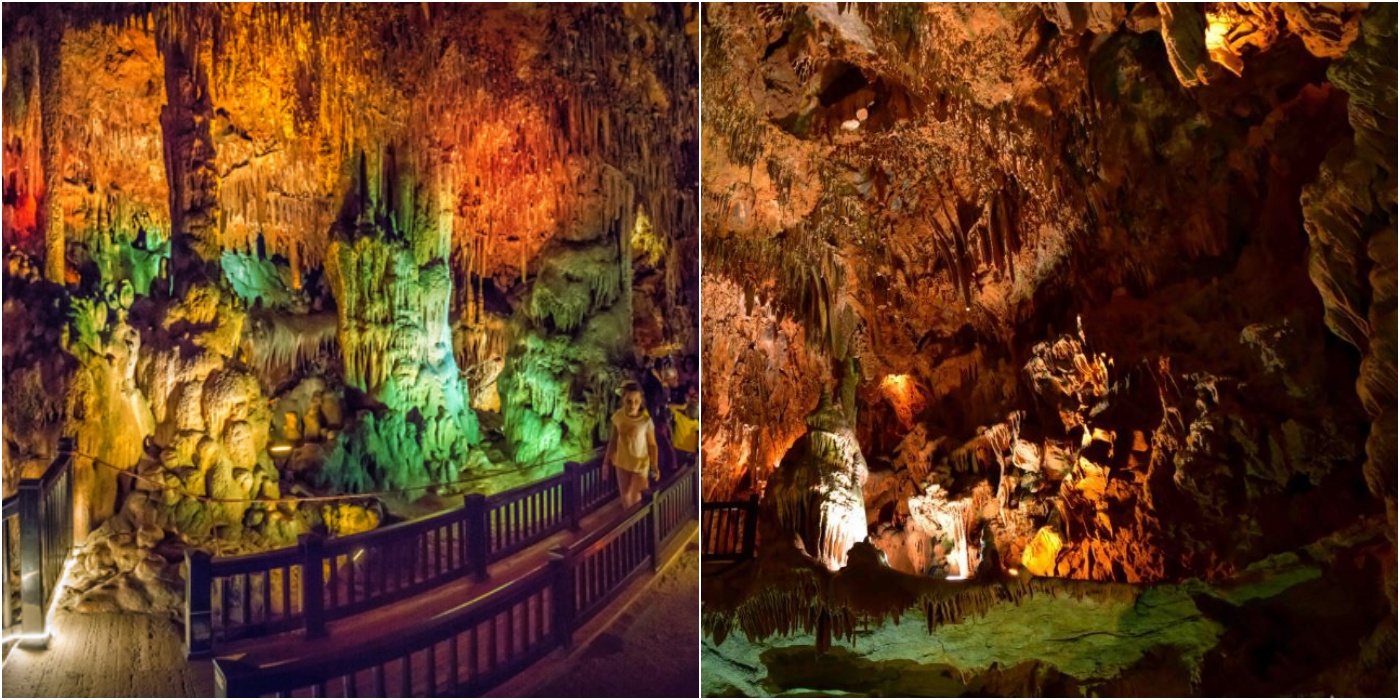 Damlatash Cave, located in the west of the Alanya district of Antalya, was accidentally discovered by workers when opening a quarry in 1948. The cave, which was opened to tourists shortly after its discovery, is also frequently visited for healing due to the balance of air inside. Let’s explore the Damlatas cave together, which has a bewitching beauty!

Damlatash Cave, located in the Alanya region of Antalya, was discovered in 1948 during the opening of a quarry for the construction of a port. The cave, adorned with beautiful stalactites and stalagmites, was opened to tourists shortly after its opening. As soon as they enter Damlatash Cave, which is the first cave in Turkey open to tourists, visitors are greeted by a 50-meter passage. In front of the passage is a cylindrical space about 15 meters high. From the gap here you can go down to the floor of the cave.

It is believed that the stalactites and stalagmites inside the cave formed over 15 thousand years, and the temperature does not change either in summer or in winter. Damlatas cave, which is always 22 degrees Celsius, has a humidity of 95% and a constant pressure of 760 mm. Air contains 71% nitrogen, 20.5% oxygen, 2.5 parts per ten thousand carbon dioxide, and some radioactivity and ions.

When the cave was discovered, the cave was given the name Damlatas because of the water particles that kept dripping from the stalactites. However, this place is also known as the asthma cave in the Alanya region. The air inside the cave is said to provide relief to asthma sufferers. For this reason, an average of 4,000 asthma patients visit the Damlataş cave every year, receiving reports from their doctors. Patients using the remedy for a total of 21 days, 4 hours a day, pay a nominal fee at the entrance to the cave.

Damlatas cave is located very close to the center of Alanya. For this reason, it has become a favorite of local and foreign tourists visiting Antalya, especially during the summer months. There is also a small bazaar around the cave which is very close to the beach. Another must-see place when visiting the cave is 100 Yil Atatürk Park located next to it.

How was the Damlatas cave formed?

Studies show that the Damlatas cave was formed about 15,000 years ago. Rainwater flowing down from the ceiling of the cave formed stalactites due to the humidity and heat of the cave. The melting and refreezing of the droplets due to heat balance led to the formation of stalagmites. The current state of the cave was formed as a result of cleaning with salt water.

What is the peculiarity of Damlatas cave?

Damlatash Cave receives hundreds of asthma patients every season. The reason for this is that the balance of nitrogen, oxygen and carbon dioxide inside is believed to be beneficial in respiratory conditions. For this reason, the cave is also known as the Asthma Cave in the region. Asthma patients who receive a cave entry opinion from their doctors visit the store for a total of 21 days, 4 hours a day, to support their treatment. Asthma sufferers staying in the area of ​​the cave closed to visitors pay a nominal fee at the entrance.

How to get to Damlatash Cave?

Damlatash Cave is located very close to the center of Alanya. You can reach the cave, which is 4 km from Alanya Marina, in about 10 minutes by car. In addition, you can get to the Damlatash cave in a short time by buses that depart regularly from the district center. Guests arriving from outside the city must follow the road in the direction of Antalya-Alanya. Those who prefer an air route may prefer Gazipasa Airport, which is 41 km from the district center.

In winter, the Damlatas cave can be visited from 09:00 to 19:00. In summer it may be open until late. For this reason, we recommend that those who visit the cave during the summer months get information in advance by phone.

The entrance fee to Damlatash Cave is 15 TL for adults and 8 TL for students. Citizens who are relatives of the Martyrs and Gazi, disabled people, children from 0 to 6 years old and people over 65 years old can visit the cave for free.

Other places to visit in Alanya

Photos taken from the website of the Ministry of Culture and Tourism.