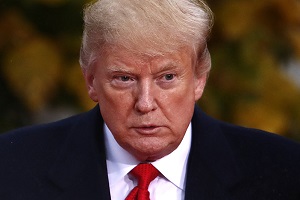 Former US President Donald Trump announced his candidacy in the 2024 presidential election.

Trump, the 45th President of the United States, has made the announcement his supporters have been waiting for.

In his speech announcing his candidacy, Trump criticized the domestic and foreign policies of US President Biden.

Although Donald Trump was elected president in 2016, he lost the 2020 election to Joe Biden.