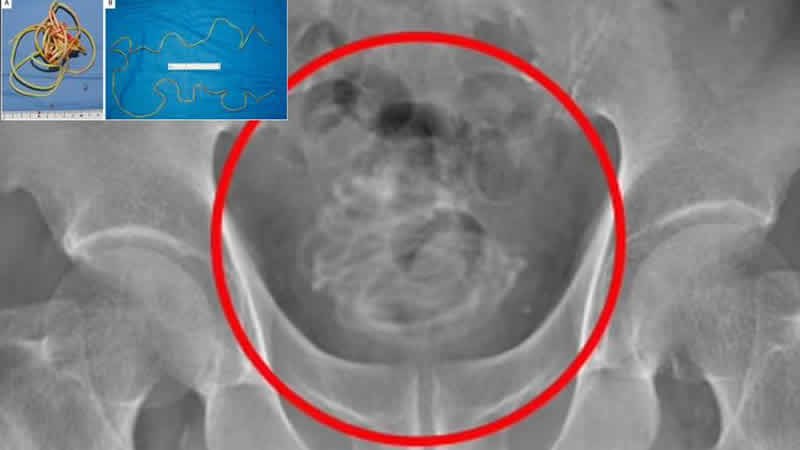 A 2-meter rope stuck in the genitals of a 79-year-old man who was hospitalized with pain in Japan has been removed.

In an incident in Japan, an unnamed man who was hospitalized with pain said he felt pain in his groin.

After X-rays were taken at the Dokkyo University School of Medicine, doctors were stunned to see a skipping rope inserted into the penis of a 79-year-old man. In the news of the British media, the hospital staff issued a statement: “We have never seen anything like this in our career.”

Noting that the rope was thin, the doctors also stated that surgery had been performed, making a hole in the bladder as the rope had been knotted. In order for the operation to be successful, it was announced that a 3-D model of the bladder had been made and it was clear how the doctors would intervene.