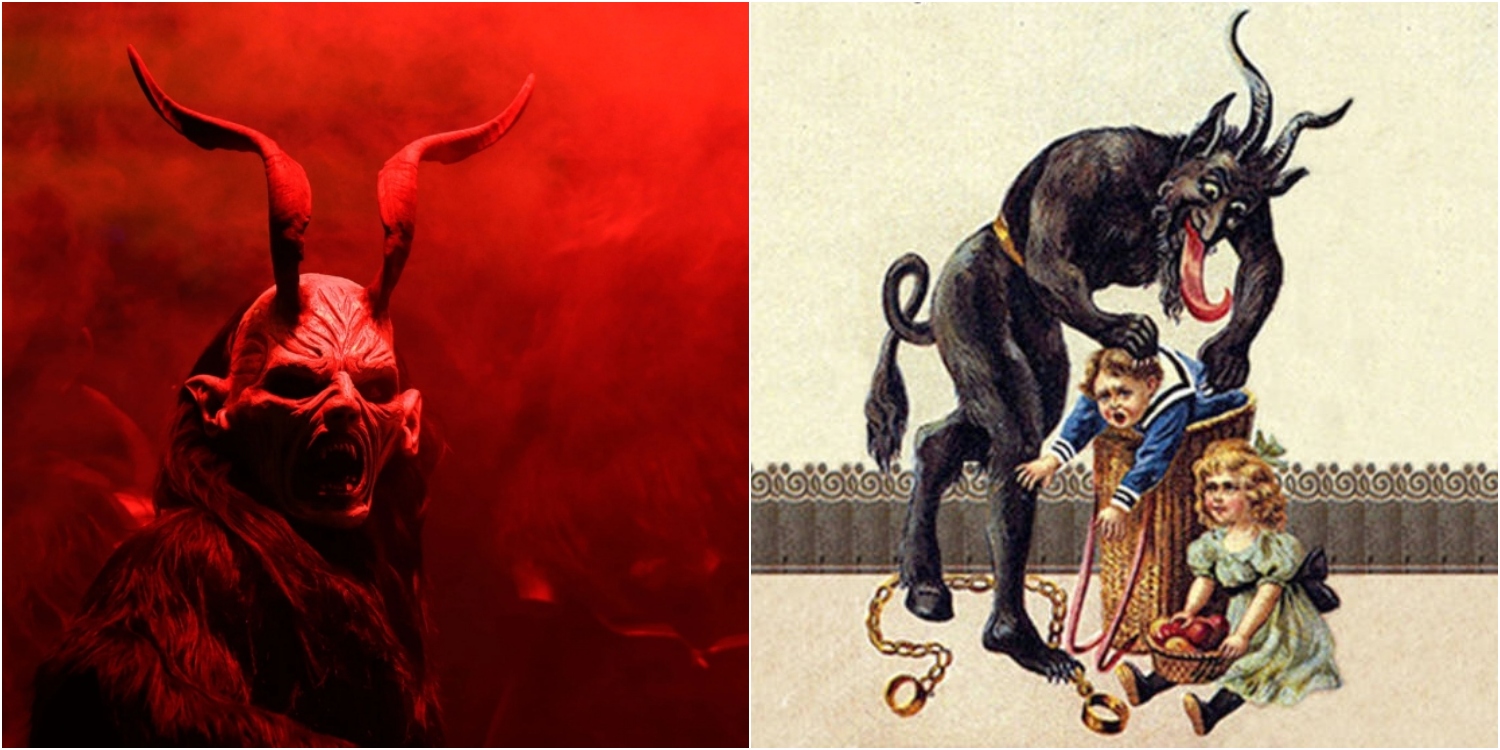 There is very little time left before the beginning of the Christmas season, which is very important for the Christian world. Christmas is known for historical mythological figures and traditions, especially Santa Claus. But there is a darker side to Christmas, especially in parts of Europe, and scary numbers! One of the terrifying elements of the Christmas celebration is the mythological creature called Krampus, which has survived to this day with different stories in different legends.

However, he is also called “Anti-Santa Claus” or “Anti-Santa Claus”, because he is the opposite of Santa Claus, who brings gifts and joy to children, is a scary and punishing character. However, the origins of the Krampus legend can be traced back to Norse mythology. Here’s what you need to know about Krampus, the menacing creature of the Christmas holidays.

Krampus appears as an anti-Santa Claus figure in Christian narratives.

Some narratives claim that he is a demon from Hell. Therefore, the way he is depicted corresponds to the demons in the Christian world. However, there are those who believe that Krampus has a place in the beliefs and mythologies of the pre-Christian Germanic peoples. In particular, Norse mythology is considered the source of the Krampus legend.

It is believed that the name Krampus comes from the German word “krampen”, meaning claw.

This connection reinforces the claim that the origins of the legend originated in Central and Northern Europe. However, there are those who claim that there are strong similarities between the children of the goddess of the underworld Hel from Norse mythology and Krampus.

On the other hand, with the spread of the Christian faith in Europe, it is believed that Krampus was formed in accordance with the Christian culture and underwent some changes. For example, the doppelgangers of Krampus in Norse mythology do not have chains. However, the modern Krampus is depicted with chains, like demons in the Christian faith.

This beast, whose physical form is half human, half goat, also has horns!

However, it is stated that it has a long, snake-like tongue and that its body is covered in thick fur! What’s more, he appears with his birch stick, iron chains, and a sack or basket he carries on his back! These are all described as weapons that Krampus used to further his evil ambitions.

This terrible creature appears during the Christmas period and punishes naughty children.

In some narratives, he is portrayed as an assistant to St. Nicholas. Accordingly, the good and bad sides of Christmas are visited at home together. Saint Nicholas brings gifts and joy to children. Krampus is fear and punishment!

But in some stories, Krampus appears before Christmas and wanders around the houses alone. So at Christmas, Santa Claus can recognize the children who are supposed to give gifts …

Krampus has different methods of punishment👇

He tortures children with chains or a birch stick! But that’s not the worst of Krampus’ punishments! He disappears, stuffing more mischievous children into a basket he carries on his back…

Legend has it that it is impossible to know the fate of children kidnapped by Krampus. It is believed that some of the kidnapped children were thrown into the river, while others went to hell.

Krampus is an important part of the Christmas tradition in modern Europe.

In countries such as Germany, Austria, Hungary, Slovenia and the Czech Republic, December 5-6 is celebrated as Krampusnacht or Krampus Night. These days, people dressed as St. Nicholas and Krampus appear on the streets. People dressed as Saint Nicholas go from house to house handing out gifts or sweets.

People disguised as a scary creature playfully threaten their neighbors. However, it is also a common tradition for people in Krampus costumes to chase other passers-by with sticks in parades organized as part of the Krampusnacht.

In the early 1920s, Krampus and almost everything related to the legend were banned by fascist governments in Europe.

However, it is known that the legend of Krampus continues to live among the peoples of Europe and after several years of prohibition, Krampus began to appear on the streets of Europe again.

The monster, which became very popular in the late 20th century, became an important item of popular culture in the United States after Europe.

This terrifying creature, whose origins are based on ancient tales from thousands of years ago, is today an important fear factor for the film and TV industry. In addition, around the world, especially in the United States of America, costume contests, parades and various events about the scary monster of Christmas are held.