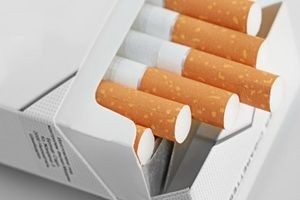 New Zealand is making a major decision regarding smoking. The country has taken measures to prevent smoking.

New Zealand has passed the world’s first law to completely ban the purchase of cigarettes by anyone under 14 years of age from now on every year, in an effort to completely curb the new generation’s smoking habit.

According to news in the Guardian, Verrall said in a statement: “While smoking rates are moving in the right direction, we need to do more and faster to reach our goal.”

Noting that raising the cigarette tax would do no good, Verrall stated that it “won’t help people quit smoking, it will only punish smokers who are struggling to kick the habit”.

Verrall, on the other hand, said: “We want young people to never start smoking, so we will make it a crime to sell or supply smokeable tobacco products to new groups of young people. “When the law went into effect, people over the age of 14 would never be able to legally buy tobacco.”

“The burden of $5 billion will be lifted”

“Thousands of people will live longer and healthier lives, and the $5 billion burden spent on treating smoking-related diseases will be lifted from the health care system,” the minister said.