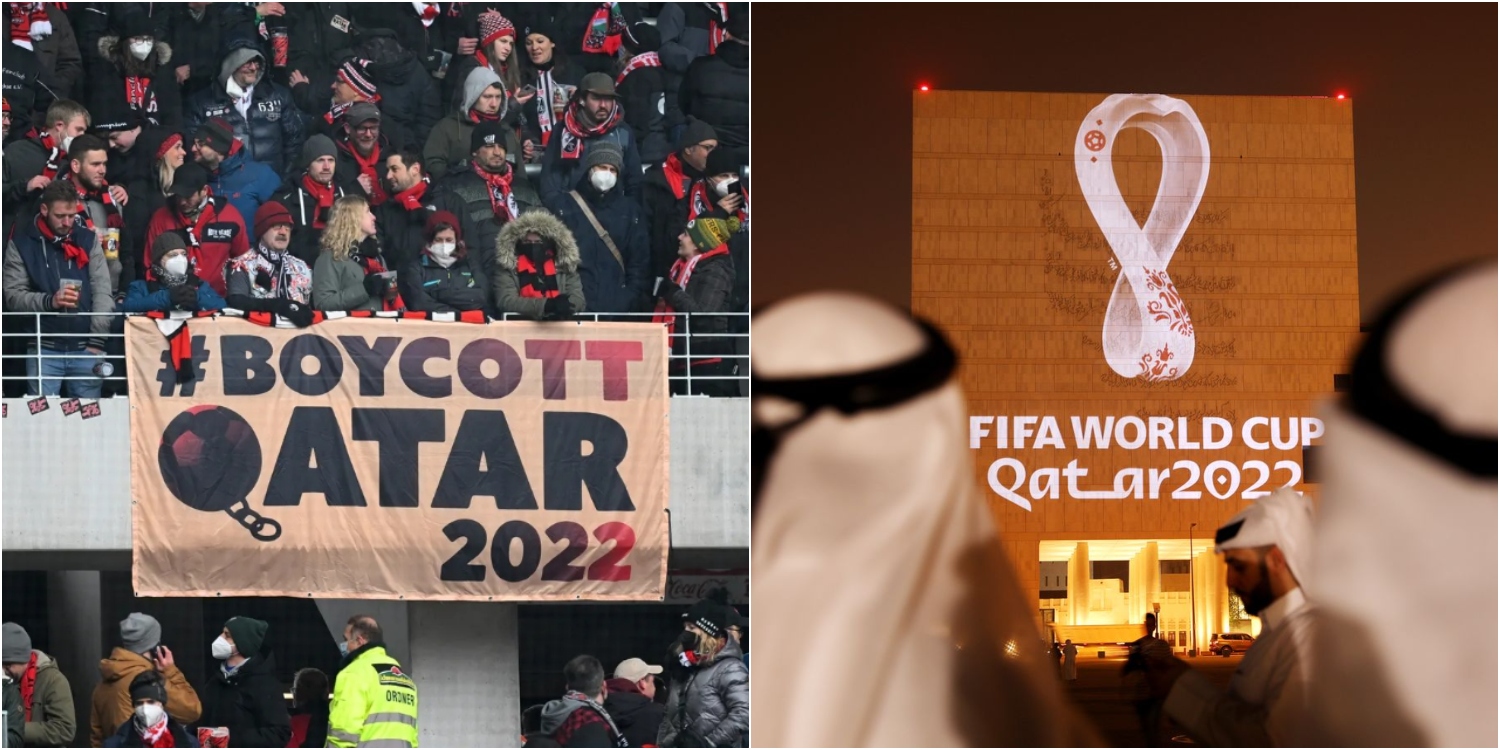 However, a few days before the start of the tournament, discussions about the World Cup also flared up. Moreover, most of these debates are about outside, not inside the field! Qatar has long been on the agenda of human and labor rights violations. For this reason, both a large number of football spectators and some of the national teams that will participate in the tournament are highly critical of or protesting against Qatar. This is why the Qatar 2022 World Cup is already being called the most controversial World Cup event in history. Let’s take a look at the details together…

Since then, football circles have expressed that the temperatures in Qatar are not conducive to playing football, so they have been seriously criticizing FIFA. However, FIFA did not back down and decided to hold the organization in Qatar. In fact, it was decided to organize the World Cup in the autumn and winter months for the first time in the history of the organization in order to prevent extreme heat.

Despite the “extremely heated” criticism of the global football community, Qatar claimed that it would overcome this problem thanks to stadiums built with advanced technology.

Indeed, in the past ten years, stadiums have been built in Qatar, which are built using advanced technology and are able to “cool” both stands and green fields. However, this was not enough to quell the criticism of Qatar.

Qatar has faced criticism that the high-tech stadiums will increase carbon emissions and thus deepen the climate crisis.

In response, Qatari officials have claimed that the 2022 World Cup will be the first “carbon neutral tournament” in history. On the other hand, FIFA announced that 3.6 million tons of carbon will be released during the tournament, but this will be balanced in different ways.

However, according to environmentalists, these allegations of both Qatar and FIFA are far from reality, misleading and dangerous. According to some scientists, at least 3 times more carbon will be released during the tournament than announced by FIFA. However, climate and environmental concerns are not the only reason for criticism of the World Cup being held in Qatar.

The host country is often criticized for violating human rights.

Recently, one of the official ambassadors of the Qatar World Cup described the anomaly as a “brain injury”! After this statement, the number and dose of criticism directed at Qatar, which already has a criminal record in the field of human rights, began to increase.

For example, Paul Amann, the pro-LGBT+ founder of English football club Liverpool, initially expressed hope that Qatar would announce some measures to improve the lives of LGBT people. However, Aman made clear the point I’m at today.Under pressure to improve LGBT rights, Qatar now appears to have doubled down on discrimination.He explains with words…

On the other hand, the World Cup officials stated that anyone who wants to watch the matches can come to the country and there will be no discrimination against anyone. However, in Qatar, penalties ranging from fines to death may be imposed on people believed to have engaged in or promoted homosexual sex.

Qatar, which has been at the forefront of human rights violations, is the target of politicians and some of the teams that will participate in the tournament, as well as the fans.

For example, Denmark announced that the logos on their jerseys would be completely faded and invisible to draw attention to human rights abuses at the tournament. On the other hand, German soccer players appeared on the field with T-shirts reading “Human Rights” in English before a World Cup qualifying match.

However, it is mentioned that the captains of some teams such as Denmark, England, France, Germany and Belgium will attend the World Cup matches wearing armbands bearing the rainbow logo. However, no positive or negative response to this request was given by FIFA.

On the other hand, it was argued that the working conditions of the workers during the construction of the sports complexes were inhumane.

For example, the Qatari administration deported migrant workers who worked in the construction of sports facilities in the country but protested because they could not receive their salaries. In addition, claims that other workers cannot get their wages and are forced to work in sweltering heat have long preoccupied world public opinion.

There is a blatant claim that a total of 6,000 workers have lost their lives due to difficult working conditions since 2010!

Accordingly, 6,000 workers were forced to work under difficult conditions by Qatar with their lives due to the arduous working conditions. But the Qatari administration denies these allegations. According to the official statement, only 37 workers have died at the World Cup construction site so far! Among the workers who lost their lives, only 3 people died due to unsanitary working conditions.

The controversy over the Qatar World Cup, which will be held in Qatar, is not new. However, shortly before the start of the organization, discussions broke out.

At this point, many people may be wondering why Qatar would host the tournament despite all these discussions. The main controversy of those who are positive about holding the World Cup in Qatar; The belief that such an organization can contribute to change and transformation in a country where certain segments live under pressure…

In parallel, many agree that the World Cup has made human rights abuses in Qatar more visible. However, many people believe that the opportunity to improve the poor humanitarian conditions in the country has not been used enough.

Many people still consider holding the event in Qatar a huge mistake, as the actions show a FIFA “red card”.

For this reason, it seems that the news of the social struggle will happen in the headlines during the tournament rather than the struggle on the green…

You may be interested in: 2022 World Cup in Qatar! How will stadiums cool in a desert climate?