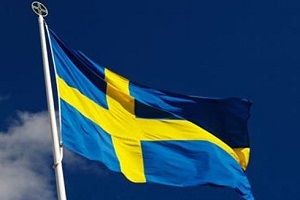 Swedish Prime Minister Ulf Kristersson, whose NATO membership has sparked controversy, made a statement about a new law on terrorism.

Kristersson, in a statement to his country’s news agency TT, praised the second meeting of the joint mechanism held in Stockholm as part of the Tripartite Memorandum signed by Turkey, Finland and Sweden at the June 28 NATO summit in Madrid.

Noting that the meeting was productive, Kristersson said: “For the first time, the Turkish side has openly expressed its satisfaction.”

Regarding the new terrorism law, Kristersson said: “The implementation of the terrorism law, which will be introduced earlier this year and prevents participation in terrorist organizations, will begin before the summer. “Sweden continues to abide by the agreement with Turkey,” he said.

Stating that Turkey does not know when Sweden will approve NATO membership, Kristersson noted that Turkey will know about it.

After issuing a statement after the meeting, Billström said, “The meeting was very productive and good.”