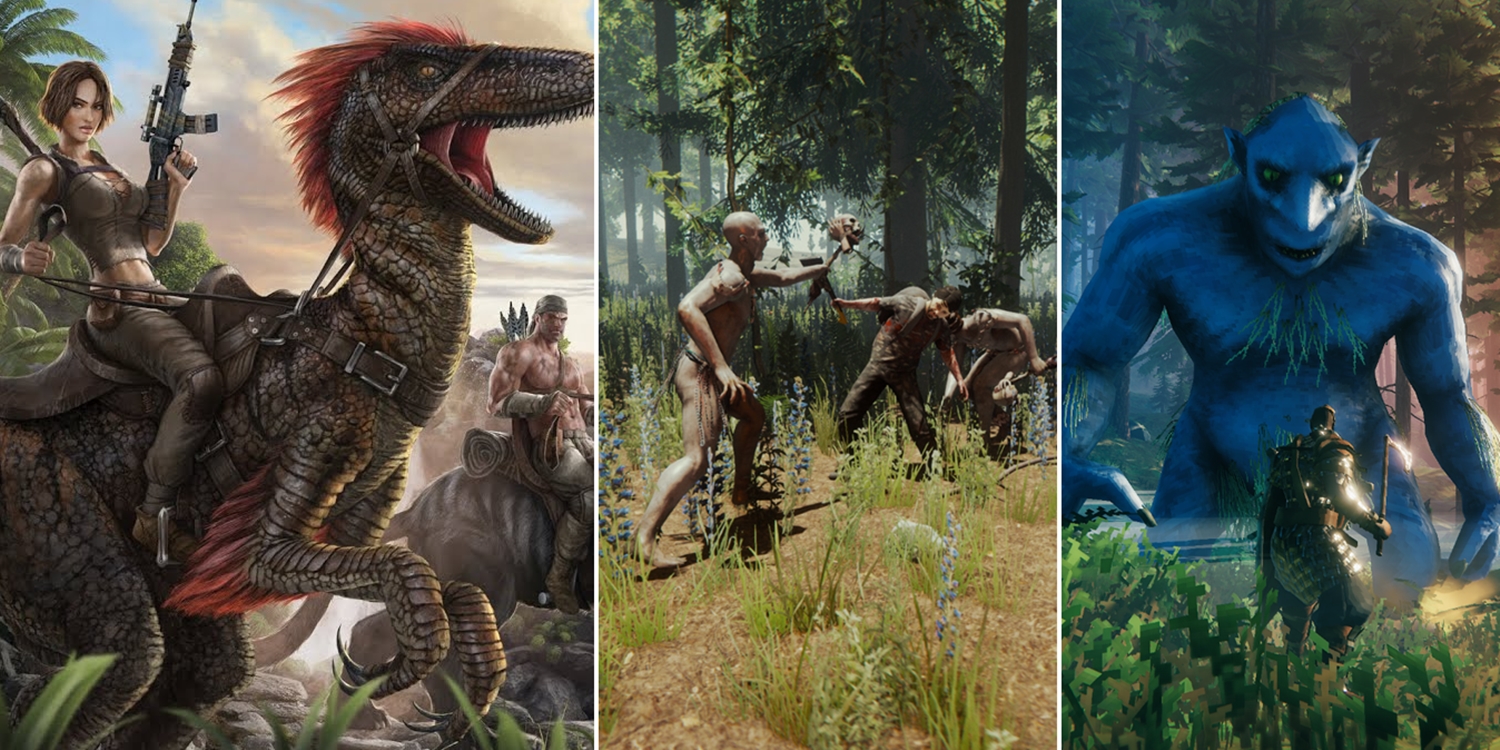 Survival games, which began to grow with the advent of Minecraft and similar games, experienced a huge explosion in the 2010s. So much so that there are countless survival games out there today, with more being added all the time. Survival games allow players to apply their own lifestyle, thus offering a more creative and free-to-play gaming experience. We have collected the most popular survival games for you. Here are the best survival games.

You can also check out this content: From Stray to The Quarry: The Best PC Games Released in 2022.

The survival game Raft is very different from other representatives of the genre. In Raft you have to try to survive in the endless ocean. At the beginning of the game, only one hook is given, and you collect materials in the ocean with this hook. You can get new things by crafting with the materials you collect and you can go to the islands. You also advance the story by following the clues you find.

You can also check out this content: “From Omno to Tunic: Top 8 games released in 2022 and waiting to be discovered.”

One of the best survival games ever, The Forest follows protagonist Eric Leblanc and his son Timmy in a plane crash on a wooded peninsula and their struggle to escape the island. Your goal in the game is to find your kidnapped son after the plane crash. However, in order to reach the goal, you will need survival tools such as weapons and cover. Since you are not alone on the island, you will constantly encounter tribes and monsters that look like cannibal mutants. In other words, you will be trying to survive and find your son, and you will be in business at any moment.

Minecraft, which has become one of the legends of the gaming world, is one of the rare games that can be played on a wide variety of platforms. This is why Minecraft comes to mind when it comes to mobile survival games. Minecraft has a visual design of cubes. It offers players a lot of freedom as it contains endless gaming possibilities. It also emphasizes not only survival but also creativity.

You can also check out this content: “11 Great Low-System Games You Can Play on Almost Any Computer”.

Frostpunk is a social survival game. In the game, you control the last city in the world and your goal is to manage both the infrastructure and the inhabitants. You will have to make very difficult decisions for the survival of your people, and sometimes you will doubt your conscience.

Wildlife survival game Green Hell is set in the Amazon jungle of the Amazon. In the game, you are left alone in the forest without food and equipment and trying to get out of here. You can create items by collecting materials such as trees and rocks in the forest. But we warn you in advance; every living creature in the forest is a threat to you. For this reason, you need to pay attention to the direction you are walking and where you are stepping.

6. ARK: The Evolution of Survival

ARK: Survival Evolved, one of the survival computer games, is about a world inhabited by dinosaurs. In the game, players try to survive on a desert island covered in dinosaurs against real players who are dinosaurs, other prehistoric animals, variable weather events, and a potential enemy. Although the game is more difficult than other examples of this genre, after learning it is very enjoyable.

Rust, one of the most popular survival games, is a survival game played on online servers. In the game, you need to build a shelter, hunt, and meet your water needs while fighting other players to survive. In addition to those listed, the game has many different difficulties.

Stranded Deep is set in the Pacific Ocean where a plane crash survivor faces life-threatening scenarios in a randomly generated world. To survive, players must explore the Pacific islands, reefs and bottomless ocean trenches in detail, and research and develop the necessary tools.

Valheim, one of the most popular survival games of the recent period, is a viking style survival game. The game takes place in a world where slain Vikings are sent to the halls of Valhalla to prove they are healthy. As Vikings who have fallen to Earth, players must craft tools, build shelters, and fight enemies in order to survive.

The Long Dark is set in the cold Canadian wilderness, where the player takes on the role of a flight pilot trying to survive a global catastrophe. The game has hunger, thirst, body temperature, calorie intake, fatigue, shivering, and many environmental factors. Therefore, we must say that this is a very difficult game. If you are looking for a challenging survival game, The Long Dark is for you.

Subnautica, one of the most entertaining survival games out there, is perfect for those who love to explore the oceans and survive while doing so. In the game, you dive into the depths of the oceans full of danger and suspense, collect resources, produce equipment with these resources, and use submarines to explore. Of course, you must try to survive while doing this.

Don’t Starve begins with a scientist named Wilson who finds himself in a dark, harsh world and tries to survive as long as possible. To do this, the player must protect Wilson from a variety of supernatural enemies trying to kill him in an attempt to keep Wilson mentally and physically healthy and well fed.

Project Zomboid is a challenging survival game with open world gameplay. The game, as the name suggests, is based on a zombie theme and is quite detailed compared to many other games. Project Zomboid has an isometric camera perspective. However, it still manages to grab the attention of players with its gripping tension and realistic gameplay.