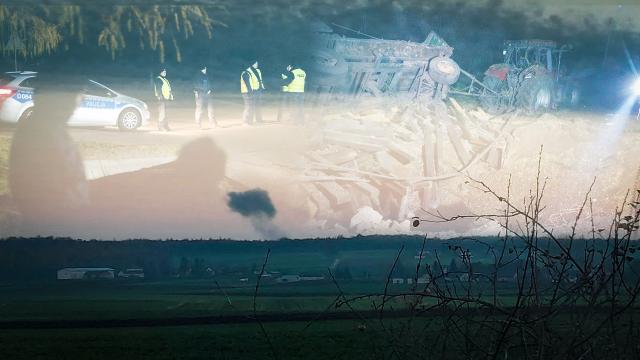 The Russian Defense Ministry said that the missiles that fell on the Polish village belonged to Ukraine.

The Russian Defense Ministry said in a statement that parts of the missiles in the photographs released yesterday in Poland are elements of the Ukrainian S-300 air defense system.
The official representative of the Russian Ministry of Defense, Igor Konashenkov, made statements about the actions of the Russian armed forces in the Russian-Ukrainian war.

Referring to the missile strikes inflicted by Russia yesterday on Ukraine, Konashenkov said: “On November 15, the Russian Armed Forces carried out an intense air and sea strike against the military administration and energy systems of Ukraine using long-range precision weapons. . The target of the attack has been reached. All missiles hit their intended targets. said.

“The attacks were only on the territory of Ukraine, the accusations were a deliberate provocation”

Defending that they did not strike elements in the capital Kyiv, Konashenkov stated that “the destruction in the neighborhoods where civilians live in Kyiv occurred as a result of the fall of missiles belonging to Ukrainian air defense systems.”

Konashenkov said the following about the rockets that fell on the village of Przevodov, on the border between Poland and Ukraine:

“These strikes were inflicted only on objects located on the territory of Ukraine and 35 kilometers from the Ukrainian-Polish border. Russian military defense experts have determined that parts of the rockets in photographs scattered yesterday around the ruins in the village of Przewodov in Poland are elements of the S-300 air defense system of the Ukrainian Air Force. Statements by various sources and foreign officials in Ukraine that Russian missiles fell on Przevodov are a deliberate provocation to escalate the situation.”

Noting that the attacks of Ukrainian troops in the Kupyansky, Krasnolimansky and Donetsk directions were repulsed, Konashenkov said that more than 240 Ukrainian military personnel, as well as foreign mercenaries, were neutralized during the clashes and a large amount of military equipment was destroyed. here.

“Warsaw could be more professional when talking about potentially dangerous topics”

Kremlin spokesman Dmitry Peskov made a statement about the “missile incident” in Poland.

“There was a hysterical and frenzied anti-Russian reaction in the West, not based on real data, and Warsaw could have been more restrained and professional when speaking about potentially dangerous topics.”

At the same time, Peskov drew attention to the balanced reaction of the United States and said that this contradicts the statements of some other countries.

“The Kremlin wants to get the same emotional reaction to the attacks on Nord Stream as it did to the incident in Poland,” Peskov said. used phrases.