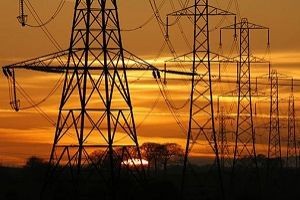 Prime Minister of Ukraine Denys Shmyhal said that restrictions on electricity consumption will be introduced due to Russian attacks on Ukraine’s energy infrastructure.

Prime Minister of Ukraine Denys Shmyhal said that difficult days are not far off due to Russian army missile strikes on Ukraine’s energy infrastructures, Shmyhal said that significant restrictions on electricity consumption will be introduced in the country throughout the winter.

The war between Russia and Ukraine continues with all its violence. Intense power outages are expected in the country as Russia directs its latest attacks on the energy infrastructure. Making a statement in this context, Prime Minister of Ukraine Denys Shmygal, in a written statement on social media, drew attention to the fact that as a result of recent attacks by Russian forces on energy infrastructure facilities in various regions of Ukraine, serious damage has been caused.

Stating that all thermal and hydroelectric power plants in the country were damaged as a result of the terrorist attacks, Shmyhal said:

“After rocket attacks in the country, all thermal and hydroelectric power plants were damaged. 40 percent of high-voltage network facilities were damaged. Each of us should be aware that this winter we will face significant restrictions on electricity consumption.”

Stating that the government has allocated the necessary budget to solve energy problems throughout the country and that intensive renovation work is underway, Shmygal stressed that providing electricity to hospitals, military, industrial and other critical infrastructure facilities and residential buildings is a priority.

“Since the beginning of the war, the government has allocated more than 1 trillion hryvnia (about 507 billion Turkish lira) for the security and defense of Ukraine. In 2023, our army will be a priority.” used phrases.