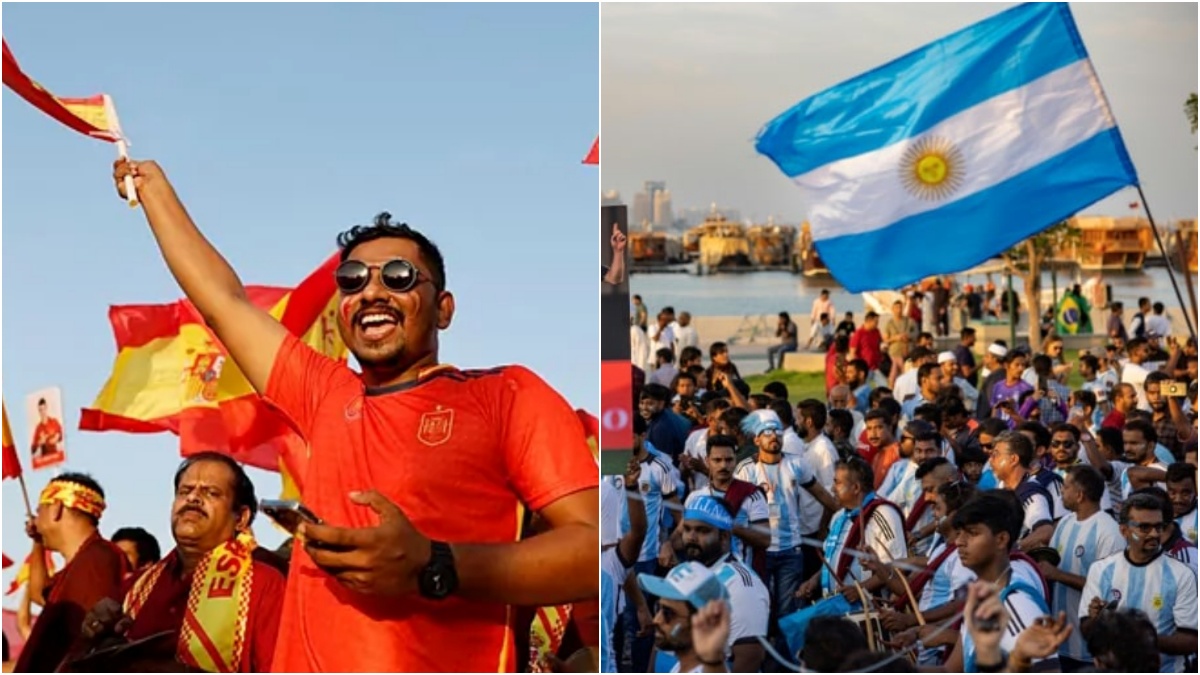 Qatar hosting the World Cup has been discussed for a long time. Players and fans are protesting the tournament being held in Qatar for various reasons. Qatar has been the focus of criticism for many reasons, including human rights violations, deaths of workers during the construction of stadiums, and hot weather. Now, Qatar allegedly hired fake backers due to the lack of supporters in the country.

Shortly before the start of the World Cup matches, Qatar shared some pictures of fans of different countries having fun in the streets on social media. However, many people claimed that these people came from other countries and were held for money. Is it really so? Let’s look at the details together.

The Qatar World Cup has been criticized for many reasons, including LGBT+, women’s and migrant workers’ rights.

The Sun wrote that it is not known whether the fans who took part on the TikTok account called Qatar Living are real workers or immigrants.

So much so that some social media users; He claimed that the people in these videos showing fans of countries like England, Brazil and Argentina are the same people. On the other hand, more than a week before the start of the tournament, it was asked whether the fans would go to Qatar.

Comments have been written below a video featuring British fans, such as “money reps” and “yesterday they were all brazilian fans”

At the same time, the fact that there were no women among the fans did not go unnoticed. It was alleged that the people who appeared in the video on the social networking platform Twitter are renters from countries such as Pakistan and Bangladesh.

The Associated Press reports that on November 1, some fans of the participating teams will be paid their salaries.

Documents examined show that up to 1,600 supporters from each country will be paid all expenses to sing songs at the opening ceremony, share positive posts on social media and stay in the country for at least two weeks. On the other hand, fans are offered a daily payment of 250 Qatari riyals (about 1,300 Turkish liras).