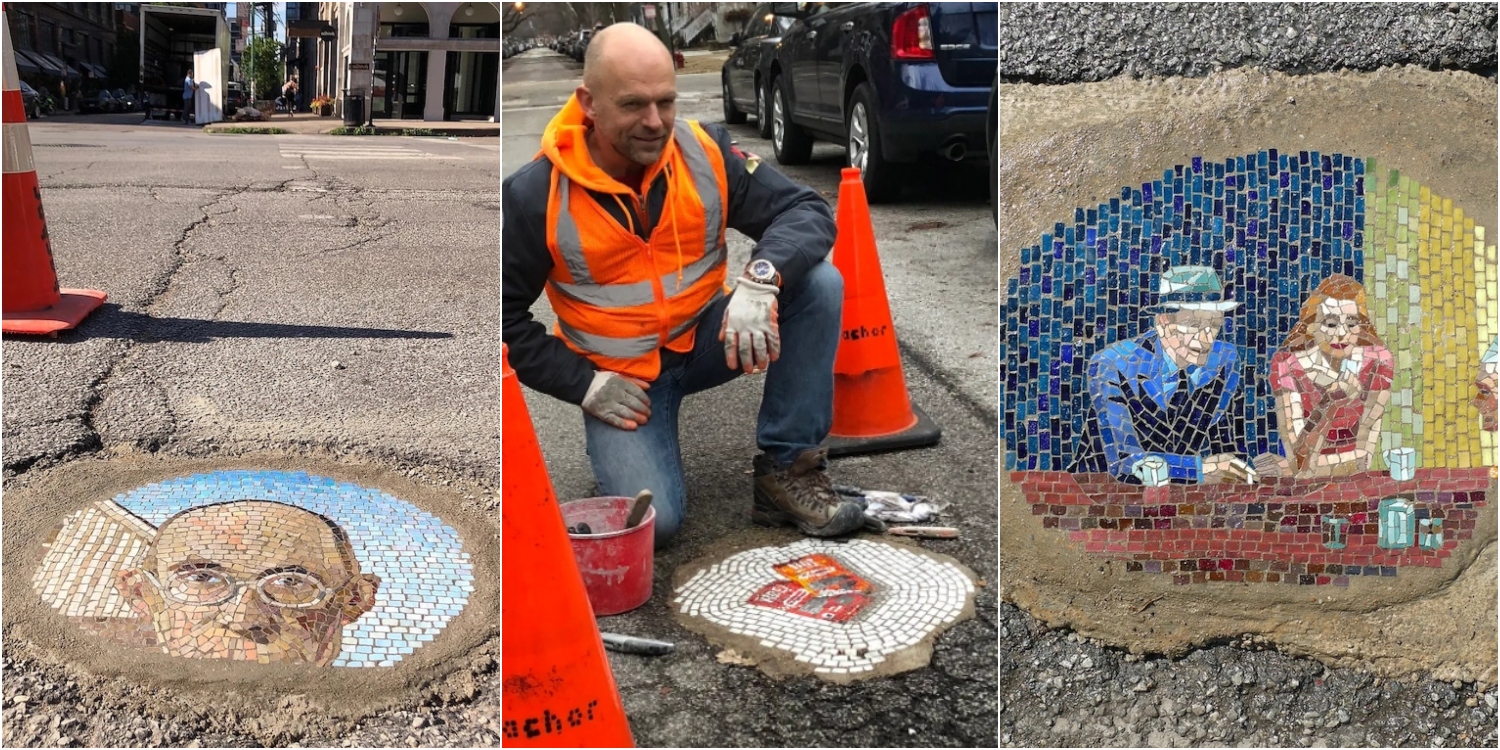 Known for his modern mosaics using archaic techniques, Jim Bahor showcases his art in some very interesting places. The artist, who is a US citizen, exhibits his work on different streets of different cities, and in potholes in the streets! Declaring that he wants to surprise people with his work, the artist does not hesitate to use completely different themes in his work. Turning street potholes into magnificent works of art, Bahor has recently been on the agenda with his contemporary mosaic work inspired by world-famous paintings. Let’s take a closer look at these studies.

Living in Chicago, USA, Jim Bahor works in various fields of art, as well as mosaics.

In addition to mosaic work, Bahor is also involved in graphic design. However, the artist is best known for his mosaics that turn the streets into works of art. In his works, he uses the classic technique of mosaic art, which he learned in Italy. However, he generally prefers to include contemporary elements as a theme in his work.

Bakhor began in 2013 filling up potholes and cracks in the streets with mosaics.

The artist who first filled a pothole he saw with a mosaic of flowers on a Chicago street has since continued to turn potholes in various cities into works of art.

Declaring that people do not expect to see works of art on the street, Bakhor prefers to turn to strange subjects in his works.

Filling a hole in New York with a Donald Trump mosaic, Bahor says the work can be interpreted in two ways. First, to honor the memory of the former US President, and secondly, to force the former President to go!

The artist has recently been on the agenda with his works called “Masterpieces”.

As part of the work, Bahor fills pits in the United States with mosaics of world-famous paintings exhibited at the Art Institute of Chicago. Vincent van Gogh’s “Bedroom” and Grant Wood’s “American Gothic” are among the paintings Bahor used to fill in the pits. Here are some of the works of Jim Bahor turning ordinary pits into unique pieces of art…