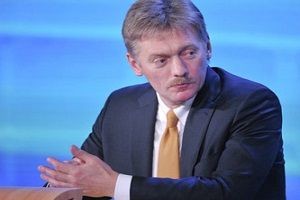 Kremlin spokesman Dmitry Peskov referred to the ongoing war with Ukraine and said they had no plans to annex more territories.

Kremlin spokesman Dmitry Peskov made important statements about the war in Ukraine at a press conference today. Asked whether new regions would join Russian territory, Peskov said: “There is no such plan on the agenda. At least, no statements in this direction have been made. However, much remains to be done to liberate the existing territories. As you know, part of the new regions of Russia is under the occupation of Ukrainian troops. They must be released,” he said.

Asked about the current situation in Crimea after the downing of two Ukrainian drones off the coast of Crimea and the operation against Ukrainian intelligence officers, Peskov said: “Of course, there are still risks. Because the Ukrainian side continues its approach to organizing terrorist attacks. But the information on the other hand shows that effective measures have been taken to counter them.”

Regarding Time magazine’s election of Ukraine’s President Volodymyr Zelensky as Person of the Year, Peskov said: “Time magazine has its own criteria. We see that it has not gone beyond the pan-European mainstream. But we know for sure that they are blindfolded anti-Russians and passionate anti-Russians.”
Assessing Zelensky’s claims that the war will end in 2023, Peskov said: “Zelensky actually knows very well when the conflicts will end. It can even end tomorrow if he wants to,” he said.

Speaking about the European Union’s (EU) application of a cap price, Kremlin spokesman Peskov said that they would respond to the decision of the EU and the G7 countries to set a cap price on Russian oil and that preparations in this direction were in the process of being completed.