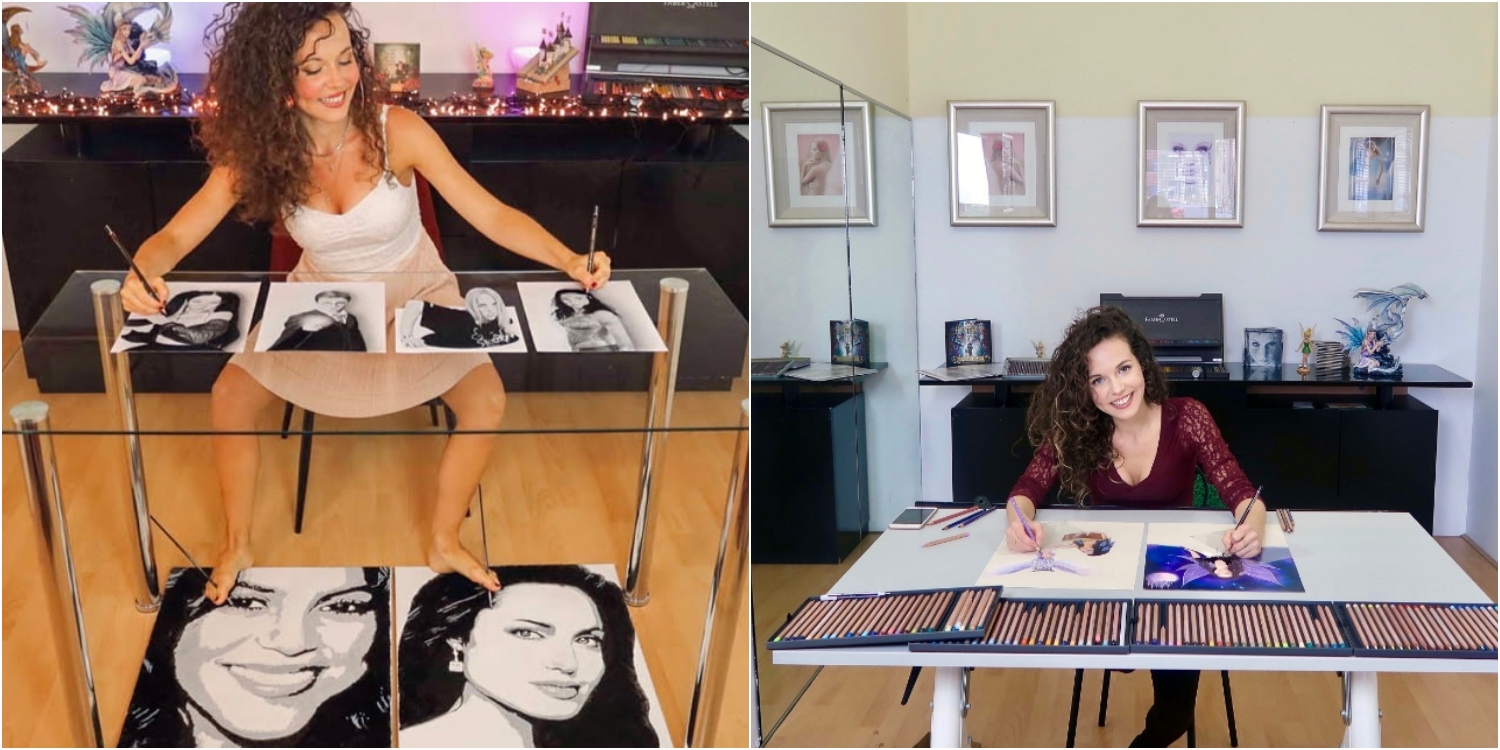 Throughout history, many artists have emerged with unique talents in every field of art. Rajasenna van Dam is one of the artists very talented in more than one area. From an early age, he starred in many TV series and films. But it is not acting talent that makes him an outstanding artist. Rajasenna van Dam is an artist known for her extraordinary hyper-realistic drawings. He is especially known for his realistic pencil portrait drawings that resemble photography. But the real skill of Rajasenna van Dam lies in the technique of painting! The artist can draw 4 portraits at the same time! In other words, Van Dam can create different paintings using both arms and legs at the same time! Here’s what you need to know about the exceptionally talented artist Rajasenne van Dam…

Rajasenna van Dam was born in 1994 in the Netherlands.

Rajasenna van Dam’s passion for painting began at the age of 16.

Rajasenna van Dam, who started painting with charcoal inspired by an Italian street artist, created very successful paintings in a short time. Just 3 months after he started painting, his work was published in the Amazing Pencil Portraits 2 artbook…

Just a year after he started painting, Van Dam became an established artist, followed by many art lovers.

Through his work, he has found a place for himself in national and international media. He participated in important international exhibitions with his works. He has designed album covers and illustrations for many famous musicians… In short, Rajasenna van Dam has become a world-famous versatile artist before he was 20 years old.

In 2019, he started painting with both hands at the same time.

This extraordinary experiment of the artist became a very important event for the artistic circles that followed him for many years. Expressing that he wanted to create a new challenge for himself, the artist was also extremely successful in painting two different portraits at the same time. However, in 2022, Van Dam will face his real test!

Van Dam discovered that he could draw with both hands and both feet at the same time!

Continuing his work in Rotterdam, the Netherlands, the artist decided to take on a bigger challenge than before in 2022! His new goal was to draw not only with both hands, but with both feet. Moreover, all 4 paintings will consist of very complex hyper-realistic portraits, unlike each other! But this complex painting technique was something completely ordinary for Van Damme! So the Dutch artist started to create more work with this new technique, which allows him to create 4 different paintings at the same time.

The artist shares videos of her hand and foot drawings on her social media accounts.

Rajasenna van Dam says that drawing with her hands and feet comes naturally to her.

Van Dam states that he used to think his legs were useless for his art, but realized that he had much more control over his legs than he thought. The artist says that, of course, he draws much better with his hands, but it is also very fun to draw with his feet.

This extraordinary talent of the artist attracted the attention of some scientists.

Then the artist was subjected to a series of tests, during which his cognitive activity was studied while drawing. As a result of the tests, it was found that a series of “superhuman” cognitive actions took place in the brain of Rajasenna van Dam.