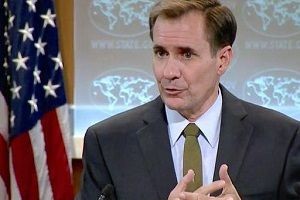 “North Korea supplied infantry rockets and rockets to Russia last month for use by Wagner.”

“We can confirm that North Korea has completed its first arms delivery to Wagner, who paid for the military hardware,” Kirby said, noting that Wagner spends more than $100 million a month in Ukraine. “We estimate that the volume of supplies delivered to Wagner will not change the dynamics of the war in Ukraine. “But we are certainly concerned that North Korea plans to buy more military equipment,” he said.

REJECTION FROM NORTH KOREA AND WAGNER

The North Korean Foreign Ministry said in a statement that North Korea’s principled stance on the “arms trade”, which has never been done with Russia, has not changed. Russian businessman Yevgeny Prigozhin, known for his closeness to Russian President Vladimir Putin and the head of Wagner, also called Kirby’s statement “gossip and speculation.” Expressing that Kirby has a habit of making statements based on assumptions, Prigozhin said: “Everyone knows that North Korea has not been supplying weapons to Russia for a long time. No efforts have been made in this direction. “Therefore, arms shipments from North Korea are nothing but gossip and speculation,” he said.