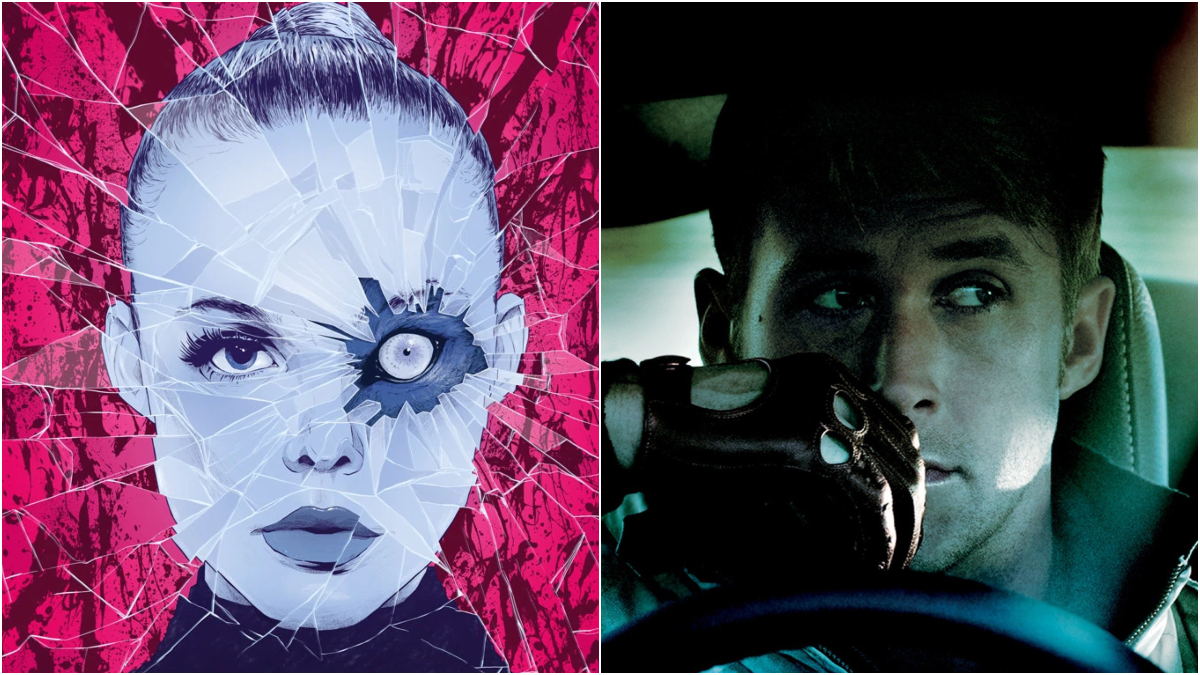 In the era of culture and art, when box office records are breaking one after another, and there are constant changes and synergies, there are fewer and fewer directors with their own style and narrative. The actual understanding of cinematography is usually standardized within period favorite film elements, but other original productions continue to be produced. Nicolas Winding Refn is the director of these productions.

The fetishization of ideas and motifs that Refn uses in his films, according to critics, stems from the director’s personal desires, and not from artistic considerations. Nicolas Winding Refn has often stated in his statements that he likes it when his films divide the audience, and that even arousing anger in them is good for him.

Artistically, Refn’s style is iconic. It is the use of multiple symmetrical frames and angles to depict power and emotion that gives character to his cinematography. The choice of color scheme is designed to really emphasize emotions. Pale colors and neon colors play an important role in the films of Nicolas Winding Refn. For example, “Only God Forgives,” a story about revenge and redemption, is lit with red light and neon.

Nicolas Winding Refn’s films often feature stories of violence and inner desire. The plot of most of his films takes place in places such as the underworld or corporations in Los Angeles. However, one of the most important and prominent features of his work is that his films feature unknown but original characters such as “One-Eyed” or “The Driver”. Almost silent throughout the film, these protagonists speak little but risk everything to achieve their goals. Lonely characters caught in dangerous situations are another cult classic for Nicolas Winding Refn’s films.

You can also read this article: 13 scenes that the directors “borrowed” from other films.

Only God Forgives, a 2013 action film written and directed by Nicolas Winding Refn, was nominated for the Palme d’Or at the 2013 Cannes Film Festival. Ryan Gosling stars in the film, which doubled its budget and grossed $10 million.

It’s Thailand’s horrifying underworld where Billy (Tom Burke), responsible for the brutal murder of a sixteen year old Thai prostitute, is avenged. Julian (Ryan Gosling), Billy’s brother and owner of the Bangkok Muay Thai club, an underworld front, has an affair with his mother Cristal (Dame Kristin Scott Thomas), a respected underworld who orders him to avenge his brother. death. However, behind Billy’s murder is Chang, who uses a katana and is known as the “Angel of Vengeance”. (Vithaya Pansringarm) Krystal vows to avenge the death of his son Changu, who organizes such acts of revenge and quickly restores his own justice. But can he stand in the way of Chang’s relentless pursuit of justice?

The 2013 psychological thriller Fear X was nominated for Best Film at the Sitges Film Festival. John Turturro stars in the film. The film premiered at the Sundance Film Festival. The production, which suffered a major box office failure, is nonetheless regarded by critics as an impressive film.

Harry, the mall’s private security guard; After her husband is murdered in a garage, she becomes obsessed with trying to figure out who killed her and why, and goes through all of the mall’s security footage. Once he finds a meaningful clue, he will witness his quest take an increasingly dark turn.

Master actor Mads Mikkelsen stars in the 2009 historical adventure film Valhalla Rising. The film, which grossed only around $700,000 despite its nearly $6 million budget, is another of Nicolas Winding Refn’s major box office flops. However, the film has a serious fan base.

A one-eyed, mute warrior with supernatural powers who lived around 1000 AD was held captive by the Scandinavian chieftain Barde for many years. With the help of Are, a male slave, One Eye, having killed his captor, escapes with Are and begins a journey to the heart of darkness.

One Eye and Are board a Viking ship during their journey; but soon the ship was swallowed up by an endless mist. This fog will dissipate only when the crew sees an unknown land. As the new world begins to reveal its secrets, the Vikings face their terrible and bloody fate. Meanwhile, One Eye will also discover his true identity and find answers to his questions.

Elle Fanning starred in the 2016 psychological thriller The Neon Demon, which was nominated for the Palme d’Or and Queer Palm at the same festival, and also won the Best Score award at the Cannes Film Festival. The film premiered again at Cannes.

Sixteen-year-old Jessie, an orphaned teenage girl and “perfectly beautiful” according to the public, comes to Los Angeles in hopes of becoming a successful model. Living alone in a motel, Jesse gets Dean, a brilliant aspiring photographer, to take pictures for his portfolio, and he develops a friendship. Jessie meets Ruby’s makeup artist at a fashion show and then accepts her offer to go to the party. He then befriends regular models Gigi and Sarah, whose souls are filled with envy. Meanwhile, the agency finds Jessie beautiful with “something” that makes them different and sends her to professional photographer Jack. Jesse is gaining industry attention and is enjoying a successful start to his career. But people in the industry, ambitious and ready to do anything to succeed, are ready to do anything to get the “thing” in Jesse.

The 1999 crime drama film Bleeder stands out in that almost the entire film is provided with music and has worked with many Danish artists. The film, whose cast includes such names as Kim Bodnia, Mads Mikkelsen, Zlatko Buric and Liv Korfisen, is a powerful cinematic work, although it did not hold on to the market.

Leo and Louise are a young couple living together in Copenhagen. Louise usually enjoys spending time at home, while Leo is a social person who often goes out with his friends. However, when Louise confesses to Leo that she is pregnant, something flares up and Leo becomes cold and aloof towards Louise. His anger and self-hatred eventually leads him to be violent towards Louise. Upon meeting a racist bar bouncer named Louis, Leo is severely attacked and injured. But is violence just a phenomenon, or is it a trigger and a harbinger of a series of unexpected events?

The 2008 biographical crime film Bronson, which was nominated for the Grand Jury Prize at the Sundance Film Festival and won Best Feature Film at the Sydney Film Festival, follows the life of Charles Bronson, played by Tom Hardy, known as Britain’s most dangerous criminal. . . . . Having lived in solitary confinement for many years, Bronson, 69, loved the film about his life and said in an interview that he would always relive the film, even if he died soon.

In 1974, a short-tempered 19-year-old named Michael Peterson decides he wants to make a name for himself. To do this, he will try to rob the post office with a homemade shotgun and a mind full of false dreams. Quickly caught and sentenced to seven years in prison, Peterson is furious when that seven-year sentence is later extended to 34 years.

After spending 30 years of his life in solitary confinement, Michael Petersen’s childhood personality disappears completely and his alter ego, “Charles Bronson”, emerges. Bronson is a completely different person, and he will continue to pursue him until there is no trace of the former Michael.

The 1996 detective thriller The Pusher is not only the first film by the famous actor Mads Mikkelsen, but also a well-known work that inscribed its name in the history of Danish cinema in golden letters. The Pusher, which has two adaptations in English and Hindi in 2010 and 2012 respectively, was originally intended to be a 5-minute short film. Standing out for its realism, the film earned Zlatko Buric the Best Supporting Actor award at the Bodil Awards.

Frank is a former drug dealer caught by the police, in debt to the mob, who cannot afford the huge amount of money he has to pay for the drugs he bought in the deal. He manages to dump the drug into a nearby lake, but is unable to repay his ruthless supplier. Frank has to go on a long journey to collect dirty money from the underworld of Copenhagen.

Nicolas Winding Refn wanted to make a sequel to The Pusher due to financial difficulties, and this second film was as popular as the first. Again, the 2004 crime film starring Mads Mikkelsen was nominated for numerous awards and prizes.

Tony got out of prison trying to regain his life and self-respect. But those waiting for him outside don’t seem to let that happen. But will he be able to earn his living despite all this?

In this third and final part of the Pusher trilogy, charismatic Serbian chef Milo; She cooks dinner for her daughter’s birthday and attends rehab meetings to get over her drug addiction. But just as he thinks he’s got his life back on track – in keeping with the traditional plot of the Pusher movies – his name is involved in a drug deal and murder. Things don’t go exactly as planned for Milo.

The 2011 action drama Drive, nominated for an Oscar for Best Sound Editing, is an adaptation of James Sallis’ 2005 novel of the same name. Ryan Gosling will star in the film. Drive, which grossed over $80 million on a $15 million budget, was filmed in Los Angeles.

The film, which won the Nicolas Winding Refn Award for Best Director at the Cannes Film Festival, was also nominated for 4 BAFTA Awards and the Palme d’Or. This film is the most famous and world-famous work of the director.

This movie tells the story of a “driver” (Ryan Gosling) who works as an auto mechanic in a garage, but also drives as a stuntman in movies. “Driver” also drives criminal gangs at night to earn extra money. The “driver” who becomes close to his neighbor, a woman named Irene, and her child, will work with Irene’s husband when he gets out of prison with a lot of debt to some people. But something goes wrong, and the “driver” finds himself in the middle of events in which he does not want to interfere. Will he be able to escape from these events and protect the people dear to him?