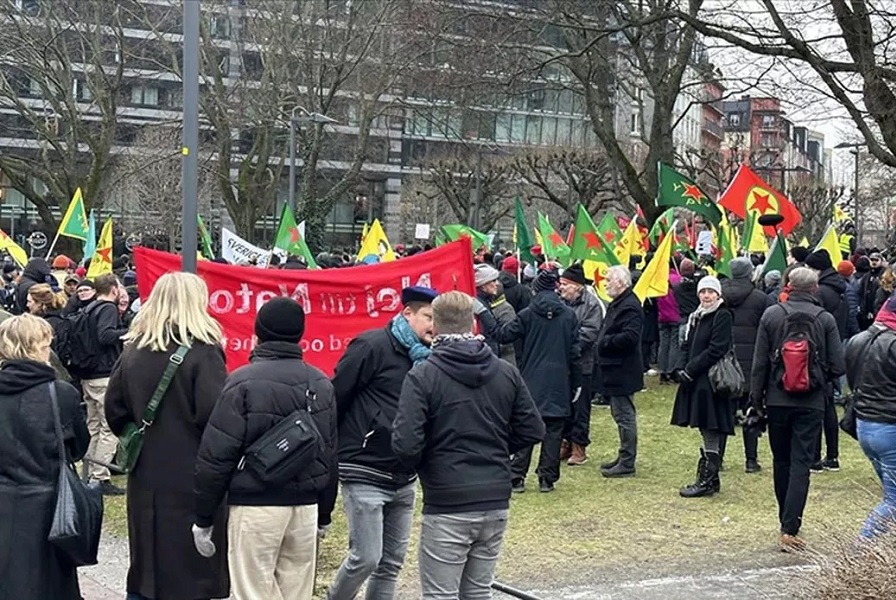 PKK/YPG supporters gathered in the capital, Stockholm, demanded the annulment of the agreement that Sweden concluded with Turkey in the process of joining NATO. Slogans “No to NATO” were shouted out.

Supporters of the terrorist organization held a procession with a puppet that looked like President Erdogan.

SART RESPONSE FROM THE MINISTRY OF FOREIGN AFFAIRS

The Ministry of Foreign Affairs issued a statement regarding a demonstration organized by groups associated with the PKK in Sweden.

The statement reacted to “an action carried out immediately after the dastardly attack on the Quran was allowed in Stockholm, the capital of Sweden.”

“This time, we condemn in the strongest terms the permission for an anti-state propaganda rally by groups associated with the terrorist organization PKK in the city center.” The statement, which used the language, emphasized that this action was a clear violation of the commitments of the Tripartite Covenant, which is also a signatory of Sweden, to prevent the propaganda of terrorist organizations.

“To say that we are bound by obligations in the Covenant of the Trinity and to fulfill these obligations are two different matters. We reiterate that we expect concrete and effective steps from Sweden that go beyond rhetoric, especially in the area of ​​combating terrorism, in accordance with its obligations under the Tripartite Testament.”

REACTION OF THE AKP PARTY

“Hate does not meet hate. We will continue to respond to hate by protecting human dignity more. The best response to crimes against humanity is to strengthen solidarity based on human dignity. The policy of hatred and fascism threatens all of humanity. Those who attack the Quran are also the enemies of the saints of other religions. We must build a great solidarity on the basis of humanism against fascism and the politics of hate. We must strengthen the common ground of struggle.”

Rasmus Paludan, leader of the Danish far-right Hardline Party (Stram Kurs), instigated the burning of the Holy Quran outside the Turkish embassy in Stockholm.

Then supporters of the terrorist organization PKK/YPG, who gathered at Norra Bantorget Square in the capital of Stockholm, demanded the annulment of the agreement that Sweden concluded with Turkey in the process of joining NATO. We call for concrete actions to take concrete measures in solidarity against hostility.”