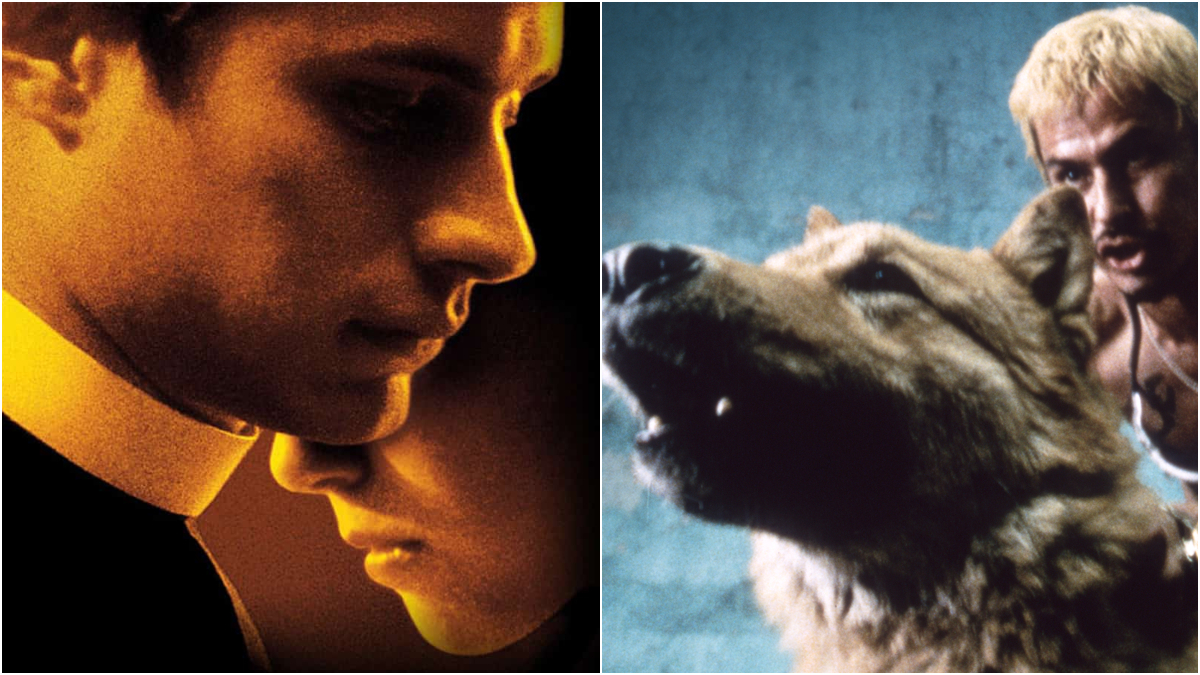 The New Mexican Cinema or New Mexican Cinema (Nuevo Cine Mexicano) has long been a cultural influence on Mexican cinematic works as a successful film movement. Mexican cinema in the 1940s and 1950s; Enjoying its golden age thanks to stars like Maria Felix, Pedro Infante and Jorge Negrete, Mexico’s film industry has been unable to produce new and influential products for years. Because in the years that followed, a number of filmmakers took advantage of the opportunities and lucrative opportunities provided by Hollywood and joined the American cinema, and the Mexican film industry lost its former influence in the process. However, since the 1990s, independent filmmakers have begun to challenge the old by presenting a new vision.

In fact, New Mexican Cinema was so successful as a movement that it won the Oscar for Best Foreign Language Film for Alfonso Cuarón’s Rome, filmed not too long ago in Mexico City. Let’s take a look at the new Mexican cinema and its examples together without wasting time.

What is the New Mexican Cinema (Nuevo Cine Mexicano)?

The New Mexican Cinema or Nuevo Cine Mexicano is a film movement that began in the early 1990s and continues to this day. Influenced by French New Wave cinema and neorealism, this film movement sought to honestly depict Mexico with all its darker sides.

The original use of handheld cameras, postmodernism and “foreign” characters are elements that characterize this film movement in terms of form and content.

The New Mexican Cinema can also be seen as a reaction to the Mexican film industry of the 1940s and 1950s. The works of the New Mexican Cinema, which reveal a naturalistic style, arose as a rejection of the melodramatic cinema. Often touching on topics such as drug trafficking and immigration, as well as addressing some of the darker realities of Mexico, New Mexican Cinema challenges the way Hollywood cinema thinks about Mexico and Mexican cinema.

You can also check this out: 17 Things Mexico Got a Bad Rep Because of American Movies

Since the 1990s, Mexican filmmakers; Instead of relying on clichés or dwelling on the past, they have begun to call for rallying around a cinematic understanding that discusses current issues and themes. The result was a new wave of filmmaking offering a more realistic look at life in contemporary Mexico.

This film movement affected both the south and north of the Mexican border. It also gave a chance to local talent living in Mexico and other Latin American countries who know what it means to live in modern Mexico. In the US, he opened a window into contemporary Mexican life for American audiences. Not only that, he introduced art lovers and intellectuals to a new understanding of filmmaking.

Some critics view this film movement as a revival or renaissance of Mexican cinema, while more conservative critics see it as a detriment to Mexican cinema.

The Beginning of the New Mexican Cinema

In the past, Mexico has been known for two things when it comes to cinema: Mexican series, also called telenovelas, and action movies. Toward the end of the 20th century, Mexican audiences were introduced to a new film movement unlike anything they had seen before. This film movement, which did not shy away from taboo topics such as poverty, drug use, domestic violence and corruption, but also embodied a sense of humor, was the New Mexican Cinema.

The New Mexican Cinema was founded in the work of directors such as Arturo Ripstein, Carlos Carrera and Guillermo del Toro, all of whom created masterpieces that touched on elements not normally found in Mexican films.

This is because New Mexican Cinema may be restricted to Mexico; however, this movement carries influences from other countries in Latin America, especially the Argentinean and Brazilian film industry. Before 1992, Mexican cinema was dominated by big budgets and big stars. The government owned the largest film studio in the country, which meant that all major films had to be approved by the government.

Everything changed in 1992, when President Carlos Salinas de Gortari decided to sell the former state-owned film studio and deregulate the industry. Suddenly there were no restrictions on what can be filmed or who can film.

Of course, with deregulation, a new problem arose: the Mexican film industry collapsed financially as the government no longer stepped in to fund anything. If the filmmakers could independently figure out how to finance projects, they were free with their films. The result was a new low-budget film genre focused on bold social realism rather than escapism.

The term “New Mexican Cinema” was used for the first time; An article published in 2001 by critic and writer Rafael Rodríguez-Torres used it to refer to the recent emergence of a group of new filmmakers making their first films, and so it spread.

Corruption and crime stories form the basis of this film movement. A recurring theme concerns poverty and inequality in Mexico’s border areas, especially those that serve as an escape route for many Mexicans.

New Mexican Cinema covers government violence in Mexico. This violence is embodied in the country’s police force, which is often portrayed as corrupt or incompetent in its attempts to restore order.

In addition, many of the narratives take place on the Mexican border with the United States, where drug cartels wield considerable power and a lot of smuggling takes place. Most New Mexico Cinema films contain gritty portrayals of urban life, often focusing on lower-class heroes struggling to survive in a harsh world. Films often focus on marginalized groups living in the United States, such as illegal immigrants.

Here are some notable films from this movement:

Michael Rowe wrote and directed this 2010 psychological drama. The film won the Golden Camera award at the Cannes Film Festival.

Filmed in a two-room apartment, Leap Year is a psychodrama that details the day-to-day life of 25-year-old freelance journalist Laura (Monica del Carmen) who lives an isolated life. With the exception of the one night stands she takes home from nightclubs, Laura, who has a very stagnant life, suddenly changes like a knife.

When Laura meets a quiet and mysterious stranger, Arturo (Gustavo Sanchez Parra), a tumultuous routine of relationships and communication begins between them. Focusing on the exciting development of their relationship, the story continues as the days go by as Laura marks the days on the calendar, revealing her secret past to Arturo.

The 2012 drama film, written and directed by Carlos Reygadas, won Best Director at the Cannes Film Festival and was nominated for the Palme d’Or.

A wealthy couple, Juan and Natalia, are bored with city life and move to the countryside with their two young children to live a simple village life. They try to enjoy rural life by moving into a showy house again. But this change in their lives begins to destroy their marriage.

Carlos Carrera directed the 2002 romantic drama film that was nominated for an Oscar and a Golden Globe for Best Foreign Language Film.

Father Amaro, a young Christian priest, is promoted to a new church position by order of a bishop in this film based on a story from the 1800s. After taking office, things initially seem to be going well, but the young father’s life becomes quite difficult as he spends more time in the community.

Amata Escalante’s 2013 crime drama Heli is another new Mexican film that won the Best Director award at the Cannes Film Festival and was nominated for the Palme d’Or.

When Heli’s 12-year-old sister inadvertently drags Heli and her entire family into the ruthless drug world, Heli has only one option left: to protect her family at all costs. An endless battle ensues against both the corrupt police and the enraged drug cartel…

The 2000 comedy Juan Carlos de Llaca was nominated for the MTV Movie Awards.

Rocco (Osvaldo Benavidez) and Rodrigo (Rodrigo Cachero) are two cousins ​​with completely opposite personalities. Rocco has a short temper, while Rodrigo has a tense temperament. However, when their grandfather Rodrigo Carnicero (Xavier Masse) dies, the two of them must go in the old man’s old car and scatter his ashes into the sea according to his will. This journey will give them a number of instructive experiences.

In Mexico, two young men and an attractive older woman go on a journey together and explore life, friendship, sex; Most importantly, they learn a lot about each other. The film uses a simple narrative; with additional information taken out of context provided by the narrator about the characters, events, or setting depicted. In addition to expanding the narrative, these “footnotes” sometimes draw attention to Mexico’s economic/political problems, especially the plight of the country’s rural poor.

With 3 Oscars and 3 BAFTAs and multiple award nominations, Roma is a 2018 drama film written and directed by Alfonso Cuarón.

Cleo is one of two domestic workers who help Antonio and Sofia look after their four children in Mexico City in the 1970s. When Antonio suddenly elopes with his mistress and Cleo finds out that she is pregnant, they soon find themselves in some pretty difficult situations. When Sophia decides to take the kids on vacation, she invites Cleo on a much-needed vacation to clear her mind and connect with her family.

Alejandro G. Iñárritu is a 2000 drama and thriller director who won the BAFTA Award for Best Foreign Language Film and was nominated for an Oscar and left the Cannes Film Festival with three awards. This film is a classic of new Mexican cinema.

Three different stories about very different lives in Mexico City are brought together by a deadly car accident. Octavio is a man trying to raise enough money to run away with his sister-in-law, with whom he has an illicit affair. To do this, he decides to introduce his dog Kofi into the world of aerial combat. After a bad dog fight; Octavio escapes in his car, runs a red light, and gets into a car accident. Daniel and Valeria’s newfound happiness ends early when Valeria loses her leg in an accident. El Chivo is a homeless man who takes care of stray dogs and witnesses a traffic accident. How will fate intersect the lives of these four people?