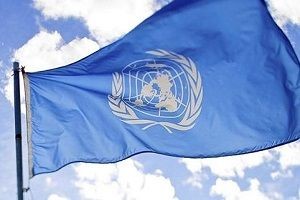 In his message, Abdullahian said: “The Berlin regime, which is the main supplier of chemical weapons used by Saddam against the Iranian people and other opportunity seekers, has been committing gross violations of human rights for years with its unjust and inhuman sanctions. ” used his statements.

Defending that “human rights mechanisms are being hypocritically misused to carry out new anti-human rights actions” against the Iranian people, Abdullahian said that all this was done “in the name of false ‘solidarity’ with the Iranians.”

Abdullahian continued his message as follows:

“It’s even more embarrassing that they are doing this for their own useless game. These countries should know that powerful Iran is committed to human rights, but does not allow any country to interfere in their internal affairs.”

At a special meeting of the UN Human Rights Council, allegations of human rights violations by the intervention of security forces in the protests that have been ongoing in Iran since September 16 were discussed.

At the end of the meeting, a draft resolution appointing an investigative group to investigate allegations of infringement was submitted to the Council, which was adopted by 25 votes in favor to 6 votes against.