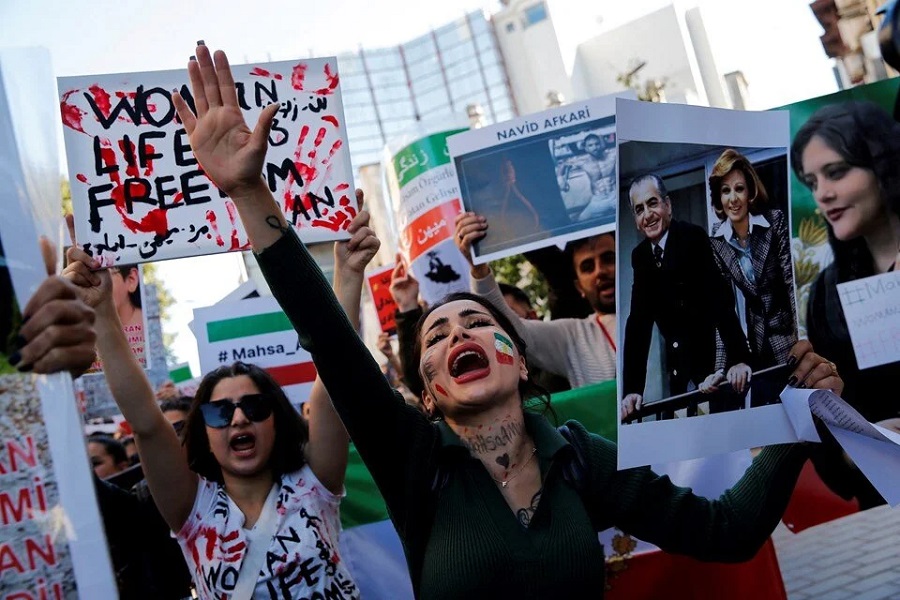 According to images posted on social media, police used guns and explosives against protesters during last night’s events in the city of Mahabad.

Demonstrators chanting anti-regime slogans in the city blocked some streets with bricks and stones. Explosions were heard every now and then in the city, where the security forces intervened with the use of firearms against the demonstrators.

Some media outlets known to be close to the Revolutionary Guards claimed that the security forces carried out an operation against members of the anti-government Iranian Kurdistan Party Komala in Mahabad.

It is alleged that a large number of police have been sent to the city, and opponents of the regime in their posts on social networks are calling for “helping the people of Mahabad.”

Some media outlets close to the Iranian administration have shared videos of some activists opening fire on security forces during demonstrations in the city of Mahabad 2 days ago.

Official authorities have not yet made statements about whether there are victims or injured in the incidents.

The death of 22-year-old Mahsa Amini, who fell ill and was taken to hospital after being detained by Irshad patrols known as the “vice police”, on September 13 in Tehran, died on September 16 sparked protests against the country’s government.

Although there are statements from official sources that civilians and security forces died in the incidents, there is no exact information on the number of dead.

On 17 November, a Norwegian-based Iranian human rights organization announced that 342 people had died in the demonstrations. More than 50 security guards were killed during the demonstrations, according to Iranian media reports.