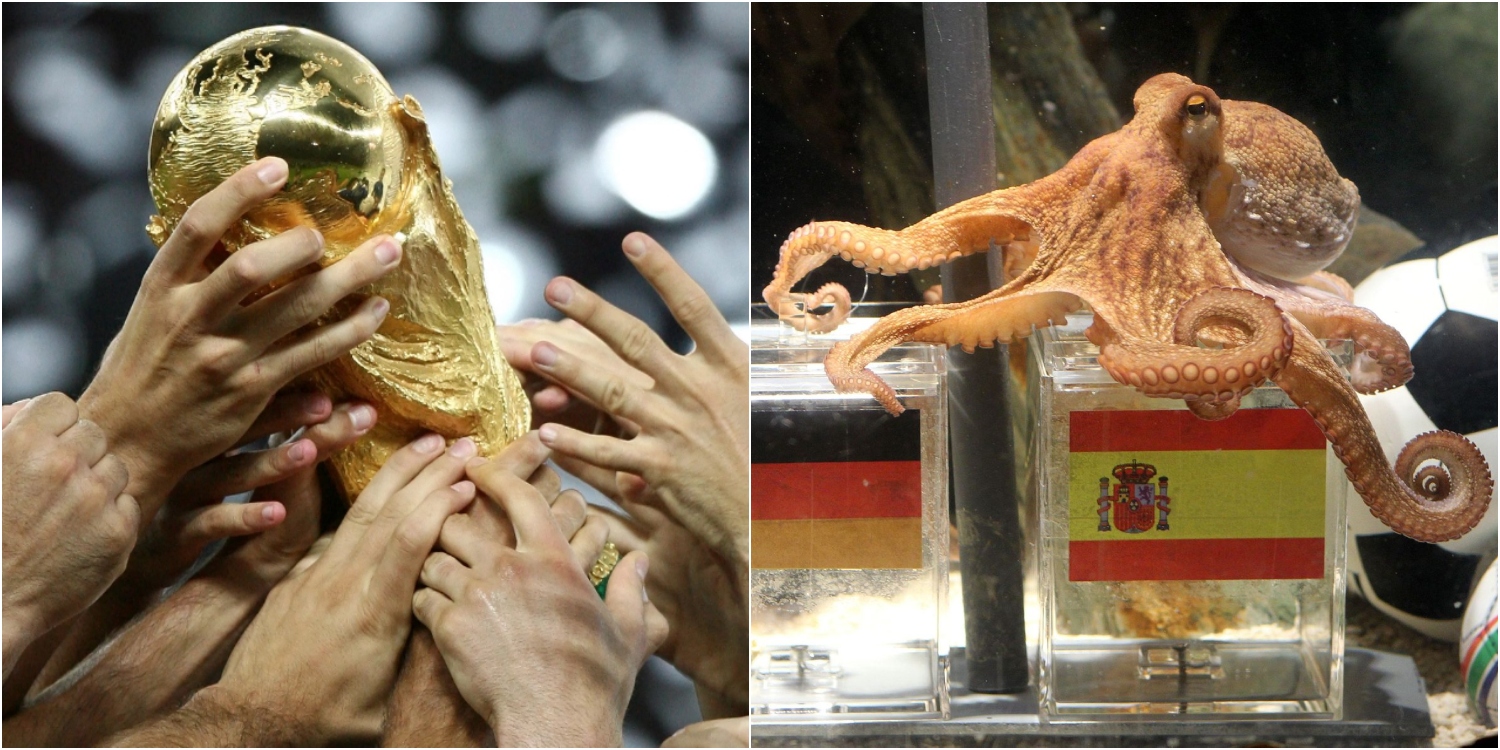 The excitement ahead of the 2022 FIFA World Cup is unabated. Unexpected defeats of some favorite teams of the championship make the tournament even more interesting. When the unpredictability of football is combined with the unexpected results of the favorites, it becomes increasingly difficult to predict which team will win the match and which will win the cup. However, over the years, many people who want to know which team will survive to the end of the World Cup have resorted to rather unusual methods of forecasting. Here are some interesting ways to predict World Cup champions, from artificial intelligence to prophetic animals.

Artificial intelligence is the most common method used recently to predict the winner of the World Cup.

Interesting methods have been used throughout history to predict which team will win the World Cup. However, today many people believe that the most reliable method of forecasting is artificial intelligence. The AI ​​technology under development is used to predict the champion as scientifically as possible.

The Alan Turing Institute in England recently got involved in an attempt to predict the World Cup champion using artificial intelligence.

Scientists working at the institute have evaluated 64 World Cup matches in the past, along with their results and statistics, and created 100,000 different simulations!

In one out of every four simulations, Brazil, which has won the title 5 times in World Cup history, also won the 2022 World Cup. According to artificial intelligence, this year the teams of Belgium, Argentina and France are the most likely to win the championship after Brazil.

Although the Alan Turing Institute has announced that Brazil will win the cup, betting on this prediction is not recommended!

In a statement issued by the institute, “We strongly advise against betting on any of our predictions. No matter how good your model is, in football the results are very random.” statements are included. So, the randomness of football is the most important factor that makes forecasters.

Even Joachim Klement, who developed an algorithm that correctly predicts the 2014 and 2018 World Cup champions, believes that luck is one of the most important elements in football. In an interview, Clement says that the prediction model can only predict the team that will win the trophy with 45 percent accuracy, while the other 55 percent is pure luck.

Oracle animals are one of the most popular predictors in World Cup history.

To date, many different animals have made wonderful predictions at different world championships! Camels, pandas, alpacas and even weasels… But the most popular of these animals was the octopus Paul, who marked the 2010 World Cup.

Paul, who lives in Germany, was able to correctly predict the winning team of many matches during the 2010 tournament and announced the winning team in 12 out of 14 matches before the match. He also knew that Spain would qualify for the championship!

Before each match, Paul was given boxes decorated with opposing teams’ flags of food, and the octopus preferred one of these boxes. Teams with flags in the boxes that Paul favored won the matches, turning the octopus into one of the most popular prophetic animals in World Cup history…

While the incredible success of Paul the Octopus’ prediction has stunned many football fans, scientists have a different interpretation.

According to some, the shortest way to accurately predict the results of World Cup matches is to trust the bookmakers.

Some experts argue that betting companies can lose a large amount of money if they make a mistake. That is why they simultaneously take into account many different variables regarding World Cup matches. Thus, they become a reliable source of information when it comes to forecasting.

But experts remind us that no forecast is perfect. It should also be noted that the odds are adjusted so that the bookies can make more money from the players.

There are also those who believe that the team that will win the cup can be correctly predicted given factors such as history and geography.

The World Cup has gone through many changes since it was first held in 1930. However, there are some things that have not changed in the history of the tournament. For example, in the previous 21 tournaments, 79 teams participated, and only 8 countries became champions. Brazil have won the cup 5 times, Italy and Germany 4 times each, France, Uruguay and Argentina twice, England and Spain once each.

In addition, only Spain, Brazil and Germany managed to become champions in a tournament held outside their continents. Teams that never won the tournament played in the final only 3 times. No African country has reached the quarter-finals. South Korea was the only Asian country to reach the semi-finals. Despite losing the first leg, only one team could win the trophy: Spain.

At least one player from German or Italian football clubs has participated in World Cup finals since 1982.

For example, this year 17 football players from the team of the German football giant Bayern Munich are playing in Qatar in the form of different national teams. 7 players from Italian football club Inter Milan are sweating for their country’s success in Qatar. Here are some football fans who believe that the champion can be predicted correctly, given the statistics that footballers who have played in German or Italian football clubs since 1982 somehow made it to the World Cup final.