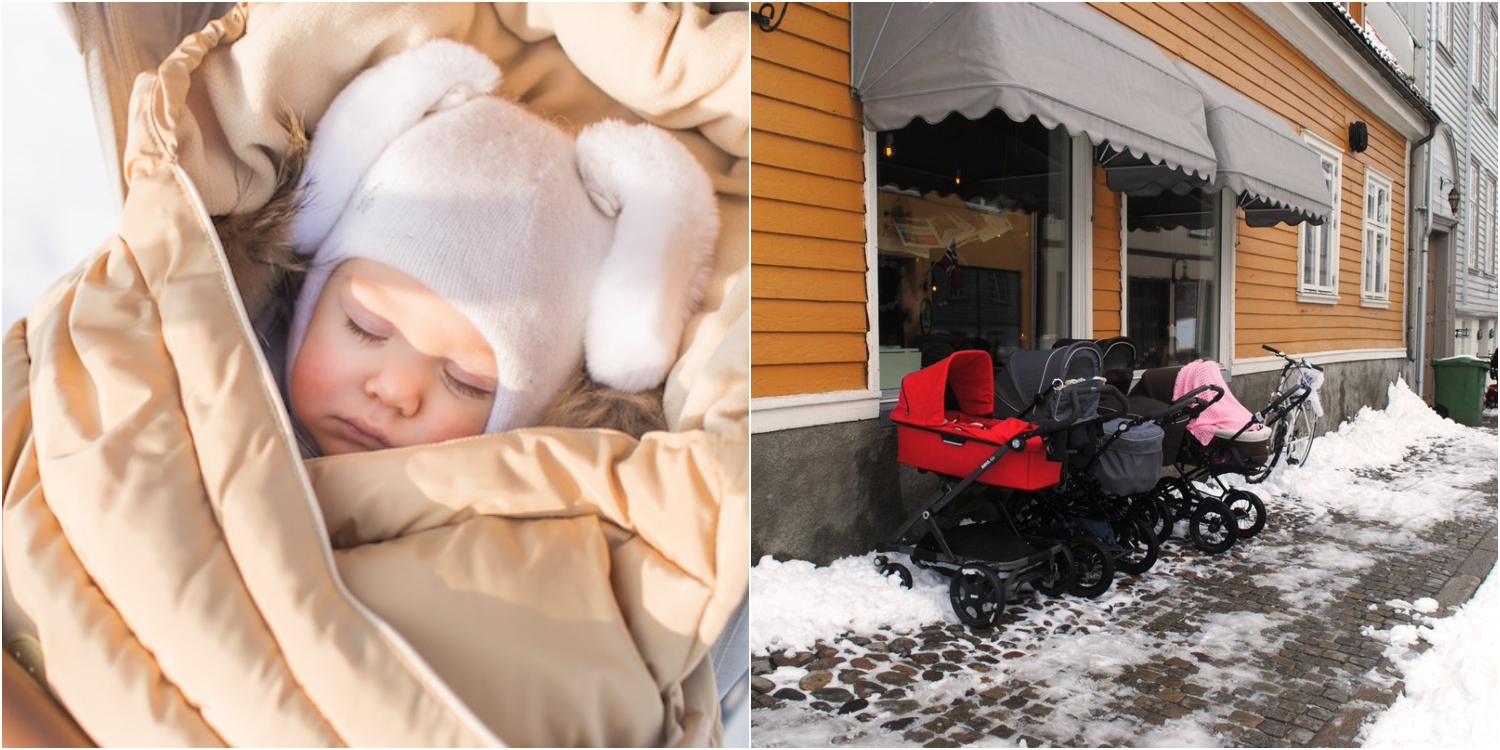 Every country in the world has its own unique cultural customs and traditions. But the customs of some countries are quite unusual for other societies. The tradition of leaving babies to sleep outside, which has been around for many years in Denmark, is also very interesting to many societies. According to this unusual Danish tradition, children in prams are left outside even when it’s cold.

The Danes believe that babies sleep better thanks to this practice. In addition, this tradition is believed to be beneficial for the overall health of babies. On the other hand, some experts argue that this tradition of leaving children outside even in cold weather has a positive effect on the structure of the family and society in Denmark. Let’s take a closer look at this interesting Danish tradition…

The tradition of leaving babies outside for a “healthier life and more comfortable sleep” has been practiced in Denmark for many years.

In addition, according to the Danes, no weather conditions prevent babies from sleeping outside! For this reason, Danish parents can safely leave their children under 2 years old outside at any time of the year, in any weather. Even if the temperature is below zero! Because this practice is believed to improve the quality of sleep in babies in the short term and promote a healthier life in the long term.

This application is claimed to strengthen the immune system of babies.

Thus, it is argued that children who often sleep outdoors until the age of 2 become healthier people in the future. In parallel, some experts argue that indoors contains more microorganisms than outdoors, so spending more time outdoors is much more beneficial for children.

In addition, some scientific studies show that babies who are used to sleeping in Denmark’s freezing temperatures have healthier sleep patterns in infancy. These babies have been found to sleep longer than babies who sleep indoors and the need for sleep, one of the most important needs in infancy, is met in a healthier way.

Some people who are unfamiliar with this interesting tradition are quite surprised that babies are left outside even in cold weather.

They rightly worry that the children might catch a cold or even get sick. But for the Danes, cold does not exist! There are wrong clothes! For this reason, babies who are left to sleep outside are dressed in carefully selected clothing that will protect them from exposure to the cold. Thus, even the famous Danish cold cannot harm babies sleeping outside.

This tradition leads to the emergence of extraordinary landscapes in the country.

For example, in many parks in the country there are sleeping places for babies. However, sleeping quarters in almost all kindergartens in the country are located on the street. On the other hand, it is not uncommon for parents to leave their children unsupervised while shopping or having dinner at a restaurant. So if you happen to be in Denmark, chances are good that you will see babies “left” to sleep in front of restaurants, on sidewalks or in parks.

Another issue that concerns foreigners about babies sleeping outside is safety.

Many people unfamiliar with this interesting tradition wonder how Danish parents can safely leave their little ones outside. In addition, some people see this tradition in Denmark as “dangerous” and parents who continue the tradition as “irresponsible”. In fact, in 1997, a Danish woman living in the United States left her sleeping baby outside while sitting in a restaurant, resulting in her being accused of negligence and even arrested.

On the other hand, Denmark is one of the safest countries in the world with a very low crime rate. For this reason, there is no such thing as “abduction” of babies sleeping on the street. In addition, the Danes believe that no one will want to take responsibility for someone else’s child, so they will not need to kidnap an infant they find sleeping on the street.

Some scientific studies show that children who sleep outside are also good for Danish parents.

Above all, knowing that they can leave their child alone before something bad happens to them helps reduce parenting stress. Thus, this interesting tradition has a positive effect on the family structure in Denmark and, accordingly, on the social structure. In addition, through this tradition, parents increase the number of “moments of freedom” in their daily lives.

The tradition of leaving babies to sleep alone is also common in the Scandinavian countries, with the exception of Denmark.

Various Scandinavian countries have continued to practice this interesting tradition in Denmark for many years for the same reasons.