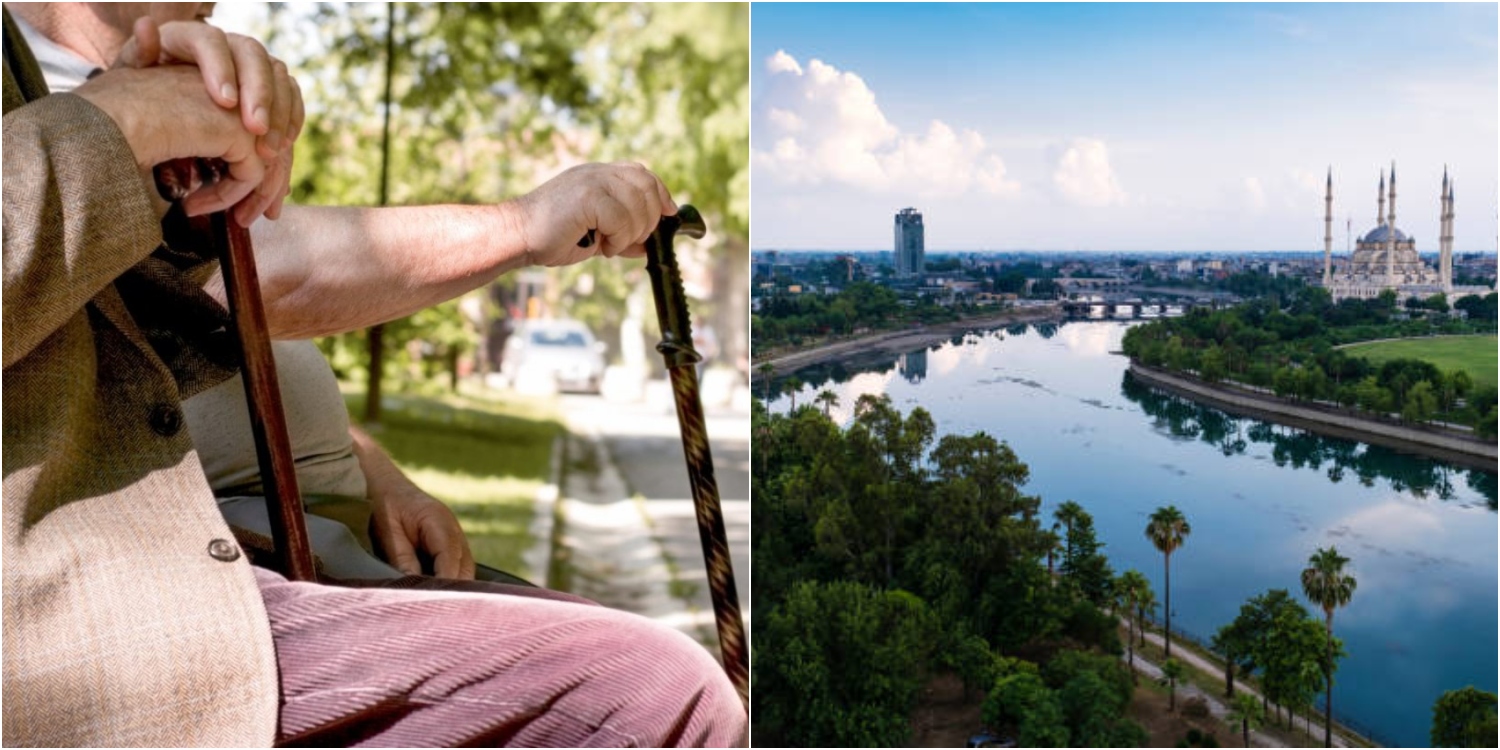 Many people dream of a quiet and peaceful retirement life after long and tiring years of work. In the plans drawn up for the retirement period, a very important place is occupied by the city in which this period of rest will be spent. Because cities with their climate, nature, infrastructure and cultural opportunities are one of the defining factors of human life. Focus magazine, published in Germany, named the most ideal cities in the world for retirement. When compiling the list of the most ideal cities for retirement, many criteria were taken into account. However, Adana from Turkey got on the list. Let’s look at the details together…

The German magazine Focus has published a list of the 10 most ideal cities in the world for retirement.

779 cities from around the world were evaluated in various categories such as health and infrastructure, security, climate, transport network, education and culture. On the other hand, the listing also compared rental prices and total living costs in the respective cities compared to Berlin. Based on the results of the assessment and voting, the 10 most suitable cities for retirement in the world were identified.

Adana, listed for the first time this year, scored 77.1 points in the evaluation and voting conducted by Focus magazine, placing 6th on the list. About Adana in the magazine “Adana is one of two new cities to feature in the top 10 this year. The fifth largest city in Turkey with a population of 2.2 million is located in the east of the country, a little further from the Mediterranean coast. It is located in the center of an important agricultural area. One of the largest universities in the country is also located here.” statements have been included.

It has been stated that Adana is an ideal city for retirement due to the quality of the climate, historical beauties and healthcare system.

In addition, it was emphasized that the cost of living in Adana is at an appropriate level compared to other cities on the list. In an article about Adana in Focus magazine”Several historical mosques and buildings from the Roman period make the city interesting for tourists. Adana, located about 2,500 kilometers from Frankfurt, was one of the cheapest cities in the ranking. The cost of living here is about two-thirds lower than in Berlin, and rent is 90 percent cheaper.” expressions were used.

According to Focus magazine, the most suitable city for retirement is Trebinje in Bosnia and Herzegovina.

The city, which tops the list with 81 points, claims that the average pensioner in Germany can reach the standard of living in Berlin by spending 55 percent of their salary.

In second place on the list is the city of Manizales in Colombia, a South American country. The city, which attracts attention with its population of less than 400,000, is shown as the second most ideal city for retirement with 78.7 points.

The list also includes alternatives for those looking to retire in Asia.

The Indian city of Mangalore ranks third on the list. It is argued that a pensioner in Germany can easily live in this city on a little more than half of his salary.

Another Asian city promising an ideal retirement period is China. The Chinese city of Qingdao is ranked 4th in the list of the most ideal cities for retirement with a score of 78.3 points.

A village that surprises and envy those who see it in Bilecik: the village of pensioners