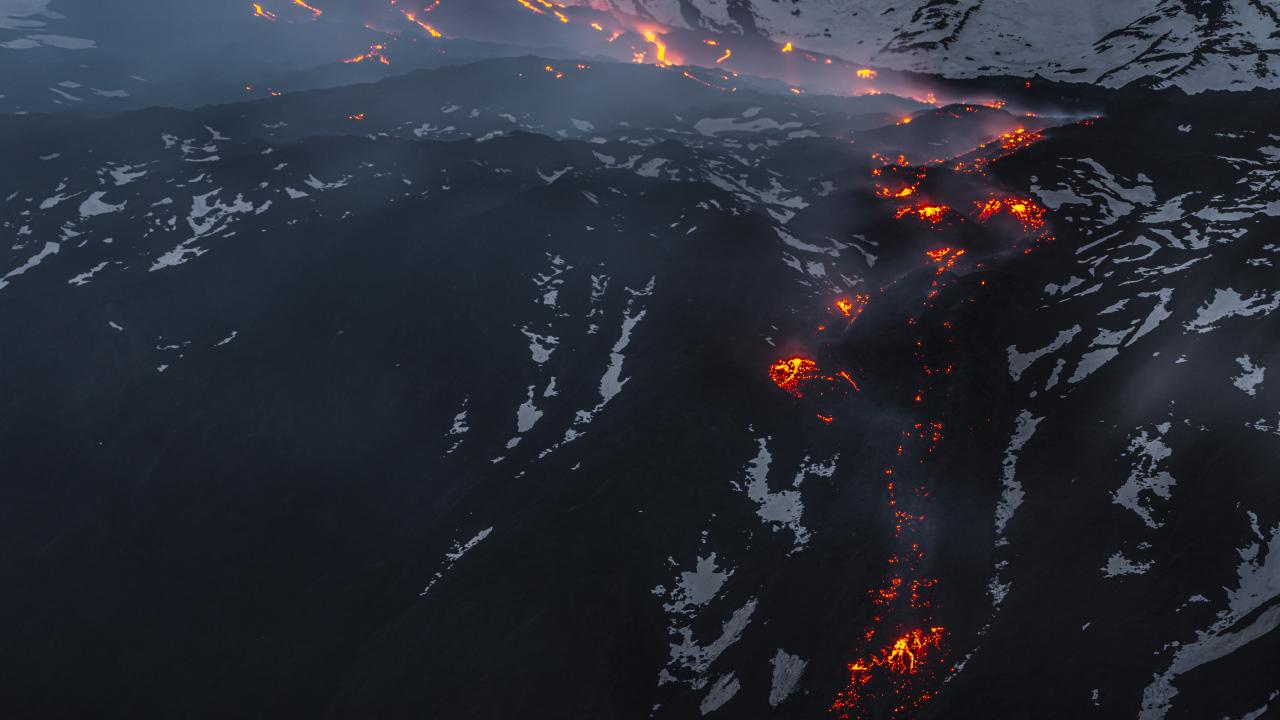 Etna, located in Italy and the highest and most active volcano on the European continent, has begun to move again.

Volcanic activity has occurred on Etna, one of the active volcanoes in southern Italy.

A volcano with a height of 3,326 meters on the island of Sicily, during an explosion, threw out ash and lava.