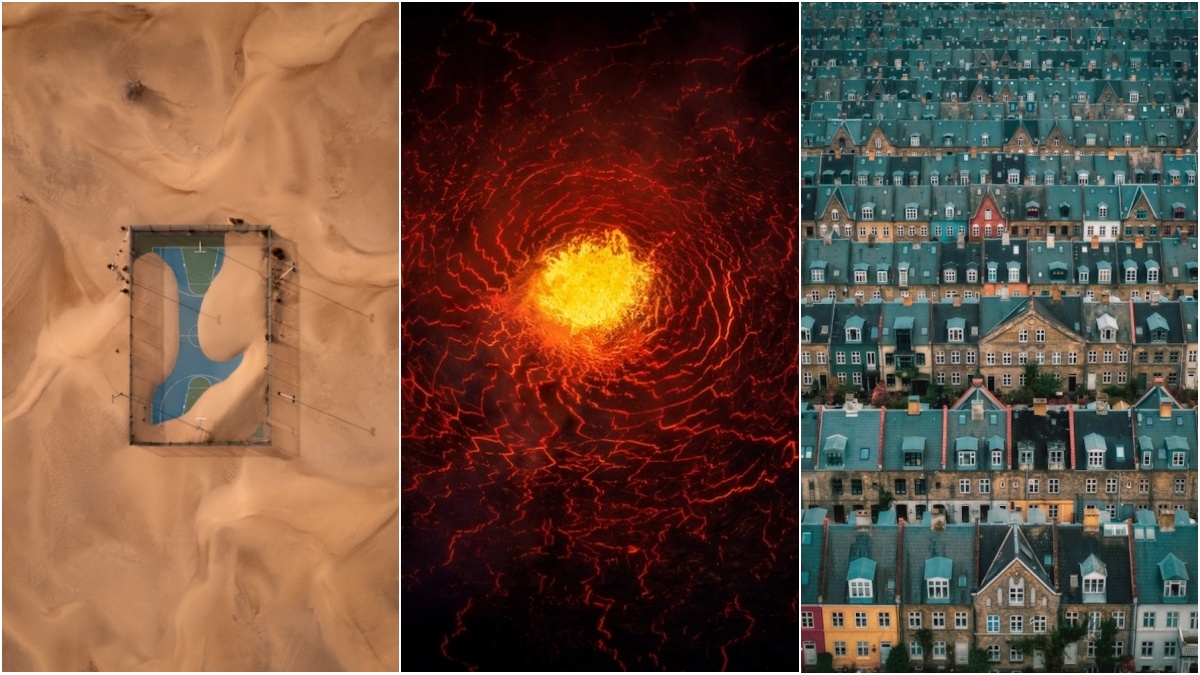 Over the past decade, drones have become an increasingly popular tool for both professional and amateur photographers. These tools provide a unique aerial perspective, allowing photographers to unleash their creativity and capture images from the sky with ease. The Drone Photography Awards are presented annually to motivate and reward photographers. This year, 2,624 photographers from 116 countries of the world submitted their work to the competition. A photo; are judged in various categories such as wildlife, human and nature. The photos of the winners will be exhibited at the Siena Awards Festival in Italy from October 1st to November 20th. Let’s see who won the Drone Photography Awards.

In the photo we see a secondary crack a few hundred meters from the main crater of the Fagradalsfjall volcano during the last phase of the eruption. This photo was taken as storms, rain and strong winds hit the west of Iceland. Capturing such a drone shot is unique, according to the judges, due to the harsh weather conditions.

2. Sergey Vovk – Roofs of the Kartoffelraekkerne quarter – Winner of the city category

In the photo we see the roofs of the Kartoffelraekkerne district. The area was built for working class families in the late 1800s. Today it is one of the most visited places in Copenhagen.

The photographer traveled over 1,200 miles along the coast on a voyage to Chukotka and Wrangel Island. One day, to shelter from an oncoming storm, he approached a small island called Kolyuchin, a former weather station during Soviet times. Seeing strange movements in the windows of an abandoned village, he saw through binoculars the muzzles of some polar bears! Most of the males had about twenty bears wandering among the abandoned houses, while the females remained aloof with their cubs. Dmitry Kokh wanted to photograph the animals without disturbing them, as it is too dangerous to land on the island, and he took this photo with a drone equipped with low-noise propellers.

4. Anindita Roy – “Dream on the Boat” – winner in the category “human”

5. Mehdi Mohebipur – “Solidarity” – the winner in the category “Wildlife”.

Pictured is a basketball court after a sandstorm in the United Arab Emirates.

The meeting of the desert and the ocean.

10. Enrico Pescantini – After the volcanic eruption in La Palma – second place in the category “Nature”.

The island of La Palma after the eruption of the volcano Cumbre Vieja. For 3 months, the lava river destroyed more than 3,000 buildings, 90 kilometers of roads and endless hectares of banana fields. On the other hand, this natural phenomenon left more than 2,000 people homeless.