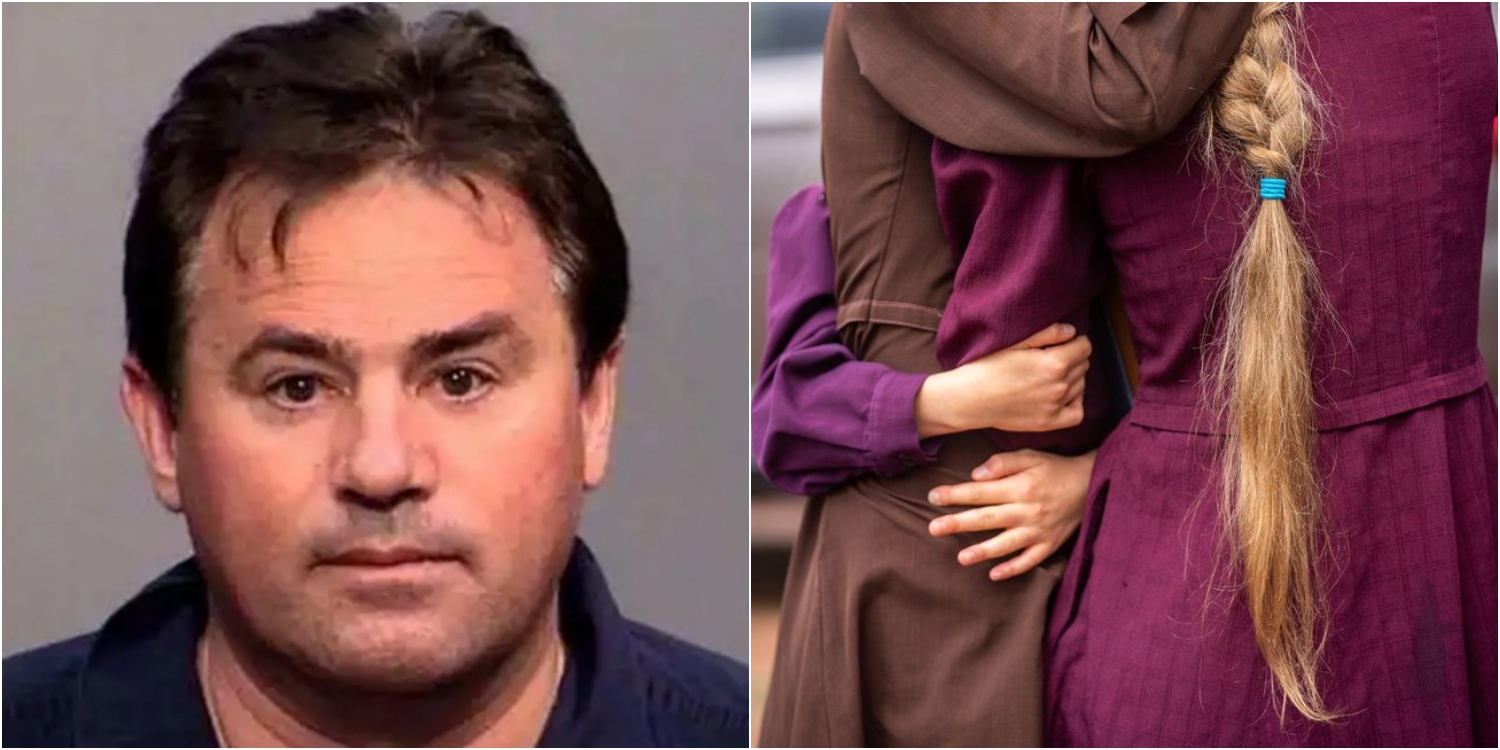 The United States of America (USA) is a country with dozens of interesting sects and cults that are often the subject of popular culture. These strange religious structures and cults often come up with stories of bloody murders, suicide news, or perverted acts. These structures are almost always headed by terribly evil, cruel and perverted people. Here Samuel Bateman, a perverted cult leader operating in the US state of Arizona and caught in recent months, is one of them.

It turned out that Bateman, who is the leader of a small community belonging to the Mormon sect that arose in the 1830s and was accepted as an interpretation of Christianity, “married” more than 20 girls under the age of 15 and that the children were systematically abused! Moreover, among the children that the leader of the perverted cult Bateman allegedly married and abused was his own daughter! The horrific acts committed by a pervert named Samuel Bateman were exposed by the Federal Bureau of Investigation (FBI) in the US last September. Let’s look into the details of this terrible event together…

A 46-year-old man named Samuel Bateman was one of the leading figures in the Mormon sect in Arizona, USA.

In 2019, he led a small community of followers of The Church of Jesus Christ of Latter-day Saints, which is considered the official church of the order. So much so that, according to the information reflected in the FBI reports, Samuel Bateman “began to declare himself a prophet since 2019. Bateman’s claim was supported by the small community he led. Again, according to what the FBI reports said, he had about 50 followers…

Moreover, the oldest of these girls was only 15 years old! However, among the children Bateman systematically abused was his own 12-year-old daughter.

Audio recordings obtained by the FBI and used as evidence at the trial in which Bateman was tried once again revealed the terrible face of this twisted cult leader. Accordingly, Bateman stated that he communicated with “Heavenly Father” and asked him to give the most precious thing he had, namely his daughters, to his adult students. According to statements in the case record, Bateman forced his 12-year-old daughter into sexual relations with adult members of the cult.

In the audio recording of the trial, Bateman claimed that the horrific events he arranged were by the will of God, expressing that little girls were sacrificed to God…

Other members of the sect also helped the false prophet realize his terrible ambitions.

Investigations revealed that some members of the cult tried to deceive and kidnap little girls in states such as Arizona, Utah, Nevada and Nebraska!

Samuel Bateman was detained during the operation organized by the Federal Bureau of Investigation (FBI) in September last year.

After this operation, the children Bateman was supposedly married to were rescued from the home of a twisted cult leader and placed in a safe house. However, on the initiative of some senior members of the sect, 8 children aged 11 to 16 escaped from safe houses. Eight children wanted by the FBI were found in the city of Washington. They were accompanied by one of Bateman’s followers, who helped them escape the hideout.

The perverted cult leader Samuel Bateman has been in jail since September.

But the trial of this terrible man is not yet over. The judge who presided over Bateman’s trial, Camille Bibles, is concerned! The Bible explained that Bateman has contacts to get help if needed, so he is concerned about vulnerable teenage girls who have been previously abused by Bateman.