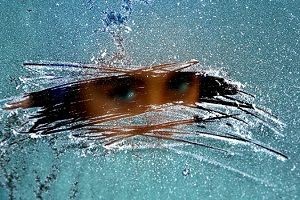 In the United States, 39 people died due to a snow storm and cold.

In Japan, 17 people died as a result of accidents that occurred during snowfall, icing and snowplow operation.

New York State has the most deaths at 17, according to New York Governor Katie Hochul.

With 10 deaths in the state reported in the city of Buffalo, the death toll is expected to rise.

Claiming that the blizzard was moving in Buffalo at a speed of 80 miles per hour (about 129 km / h), Governor Hochul said that it was the most destructive storm in the history of the city.

It was announced that the airport in Buffalo would be closed until Tuesday.

More than 165,000 people woke up on Christmas morning without electricity in Maine, New York, New Hampshire, Virginia and Florida.

On the other hand, over 2,000 flights were canceled over Christmas.

According to information received from the Japan Disaster Management Agency, the number of people killed in accidents caused by snowfall, icing and snowplows has increased to 17 people.