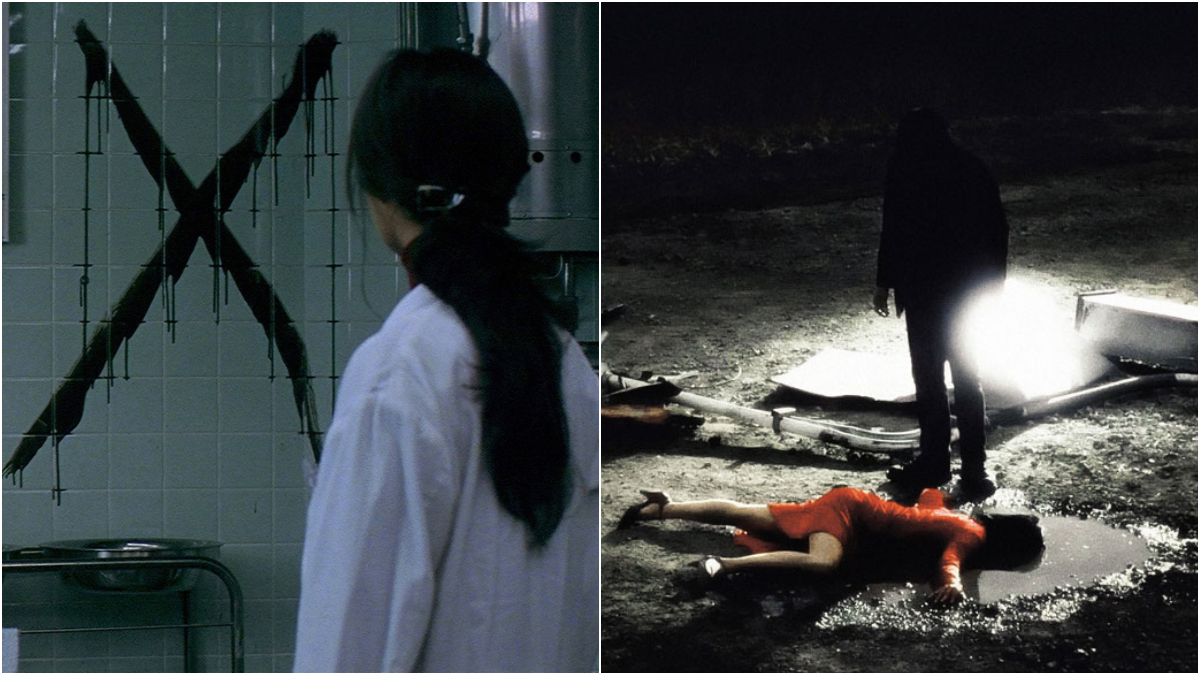 Kiyoshi Kurosawa is a film critic, screenwriter and director who is considered one of the important values ​​of Japanese cinema. He is also a professor at the Tokyo University of the Arts. It is easy to see in his films that an academic must attach importance to subtexts and small details.

With work comparable to that of the likes of Yasujiro Ozu, Andrei Tarkovsky, Alfred Hitchcock and Stanley Kubrick, Kiyoshi Kurosawa has developed a completely unique style over his four decades as a filmmaker. Although he has been praised for his work in a wide variety of genres, his influence on international cinema has mainly been achieved through his pioneering work in the horror genre. However, his international recognition is rather limited compared to leading film directors.

The basic element of fear in Kurosawa’s horror films is, above all, the inclination of the human mind to the dark side. Kurosawa revisited the concept of horror many times throughout his career and created innovative and original cinematic works that transcended his time. The element that gives effect to Kurosawa’s work is the appeal to the general and existential human sense of fear.

When it comes to the threshold of the 2000s, gender codes, an important element of Kurosawa’s filmography, begin to come to the fore in his work. This element is often paired with amazing and one-of-a-kind original stories. Adding that Kiyoshi Kurosawa is one of the few directors to win Best Director and Jury Prize at the Cannes Film Festival, we can move on to a brief overview and promotion of the 10 Kurosawa films we have selected for you, which you can access with Turkish subtitles.

You can also check out our list: Le Monde Critics’ Poll: 99 Best Films.

Before We Disappear, the first work we will present from Kiyoshi Kurosawa’s filmography is a 2017 sci-fi film. The film, nominated for the Japan Film Academy Award for Best Director and Best Actress, was nominated for the Jury Prize in the Un Certain Regard category at the Cannes Film Festival, where it premiered.

Three aliens who have come to Earth to lead an invasion of Earth take on human form, taking over the bodies of the family that owns the house. These three members of an invasive species with superior technology, skills, strength and endurance are rapidly learning many things and getting closer and closer to their means of defeating the people of this planet. But suddenly they will face a force capable of neutralizing the attack.

The romantic drama film Journey to the Shore, which won the Un Certain Regard Award at the Cannes Film Festival, is another film by Kiyoshi Kurosawa based on the novel of the same name by Kazumi Yumoto. The film, which premiered at Cannes, was also screened at the Toronto International Film Festival and the New York Film Festival. The well-known French film magazine Cahiers du Cinéma included the film in their list of “10 Best Films of 2015”.

Mizuki’s husband, Yusuke, went missing at sea three years ago, and almost everyone thinks he’s dead. But when she suddenly returns home, Mizuki’s level of bewilderment is much lower than expected. Instead, Mizuki wonders why it took him so long to get back home. In order to get answers from Yusuke, she agrees to go on a trip with him.

Yoshioka, a seasoned detective, investigates a series of interconnected murders. The murders suggest the possibility of a serial killer; because all the killings were committed in the same area and in the same way, all the dead were drowned in salt water and were in close proximity to each other. While he is investigating the murder of an unidentified woman in a red dress, he is followed by a ghost in red, and the detective begins to feel more and more how heaviness presses on his soul.

The crime, drama and thriller Spooky, based on the 2012 novel by Yutaka Maekawa, premiered at the Berlin International Film Festival, and Kiyoshi Kurosawa won the Best Director award at the Fantasia Film Festival. In addition, he received a jury award in the category “Best Cinematography” at the FANCINE festival organized by the University of Malaga.

Takakura, a former detective, is now a professor of forensic psychology at the university. A former colleague seeks Takakura’s help with a six-year-old cold case involving a missing family. Meanwhile, Takakura and his wife Yasuko move to a new area. One of his neighbors, Nishino, has a sick wife and a young daughter named Mio.

As Takakura solves a missing family case, he witnesses frightening events in his area. Things spiral out of control after Nishino’s daughter Mio reveals her family’s secret to Takakure. In this situation where past and present collide, Takakura has much more to solve than just a case.

Interesting information from the film: The serial killer depicted in the film is Robert Hansen. This serial killer, who kidnapped women who worked in brothels, took them into the woods and killed them, lived in Alaska.

Kiyoshi Kurosawa’s 2001 techno-horror film Pulse was nominated for the Un Certain Regard Award at the Cannes Film Festival. Winning the José Luis Guarner Critics Award at the International Film Festival of Catalonia, also known as Sitges, Pulse stood out for its scenes that frightened audiences.

After one of their friends commits suicide, strange and inexplicable things begin to happen to a group of young Tokyo residents. While one sees images of his dead friend in the shadows on the wall; strange and ghostly images appear on another computer. Are their friends trying to communicate with them from the afterlife, or has their friend’s death led to something much darker?

Interesting information from the film: Director Kiyoshi Kurosawa portrayed an extra who appears to be asleep at about the 16th minute of the film, then wakes up and turns to face the camera.

The Spy’s Wife, the latest feature film currently directed by Kiyoshi Kurosawa, is a 2020 romantic drama film. The film won the Silver Lion for Best Director for Kiyoshi Kurosawa at the Venice Film Festival, where it premiered. The film was also nominated for the Golden Lion Award for Best Film at the same festival. It also grossed nearly $2.5 million at the box office.

In the film, set in 1940, most of the world, including Japan, is in the atmosphere and wars created by World War II. Japan is trying to protect its interests by occupying Manchuria. The wealthy actress is married to a businessman from Manchuria.

When a merchant is horrified by some of the actions taken by the government there and witnesses a murder, he begins to want to do something about it. However, after a while, these efforts begin to cause serious misunderstandings, jealousy, and legal problems between him and his wife.

Akarui Mirai, another 2003 drama film directed by Kiyoshi Kurosawa, was nominated for the Palme d’Or at the Cannes Film Festival. Questioning many topics such as modern life, the position of the family, the place of technology in everyday life, the film presents scenes that can affect even people with strong nerves, with excellent camera work and filming.

The film is about two young men who work at the Oshibori factory, which produces wet hand towels in some Japanese restaurants. A strange bond has formed between them due to the anger they can neither express nor control, and the jellyfish they keep as a pet, and this bond is a harbinger of everything that will happen to them.

Interesting information from the film: A large swarm of jellyfish from the Tokyo River was filmed separately for the film and digitally added to the film.

The 2019 drama film To the Ends of the Earth, written and directed by Kiyoshi Kurosawa, has been selected as the final film of the Locarno Film Festival. The film was shot on the anniversary of the resumption of diplomatic relations between Uzbekistan and Japan.

The cautious and reserved host of the popular travel show Yoko travels to Uzbekistan for work. When things go wrong in Uzbekistan, he decides to put aside his duties and go for a walk. He gets lost on the streets of a strange city and suddenly confronts his fears and desires.

Cure is a 1997 cult psychological thriller and crime film, one of the works of Japanese horror cinema that developed in the 1990s; He was awarded the Grand Prix at the Tokyo International Film Festival and won the Best Actor award for his lead role in Koji Yakusho.

Tokyo finds itself at the epicenter of a string of murders that have shaken the country. Detective Takabe and psychologist Sakuma investigate similar moments in the murders to solve the mystery of the murders.

The only thing that these murders have in common is that each of the deceased had a bloody cross carved around their neck. Complicating matters is the fact that in all murders, the killers are found alive right next to the victim, with none of them remembering anything about the crimes they allegedly committed.

While trying to piece the pieces of the puzzle together, Detective Takabe’s attempts to uncover the investigation become a serious personal obsession. So much so that this situation will affect his personal life, and his mental balance will gradually deteriorate.

As the winds of change blow in Japan, the family faces unemployment, alienation, insecurity and lack of communication. The chain of events, which began with the loss of a job by an employee of the company, gradually leads to the disintegration of this family. So is there really nothing else to do?