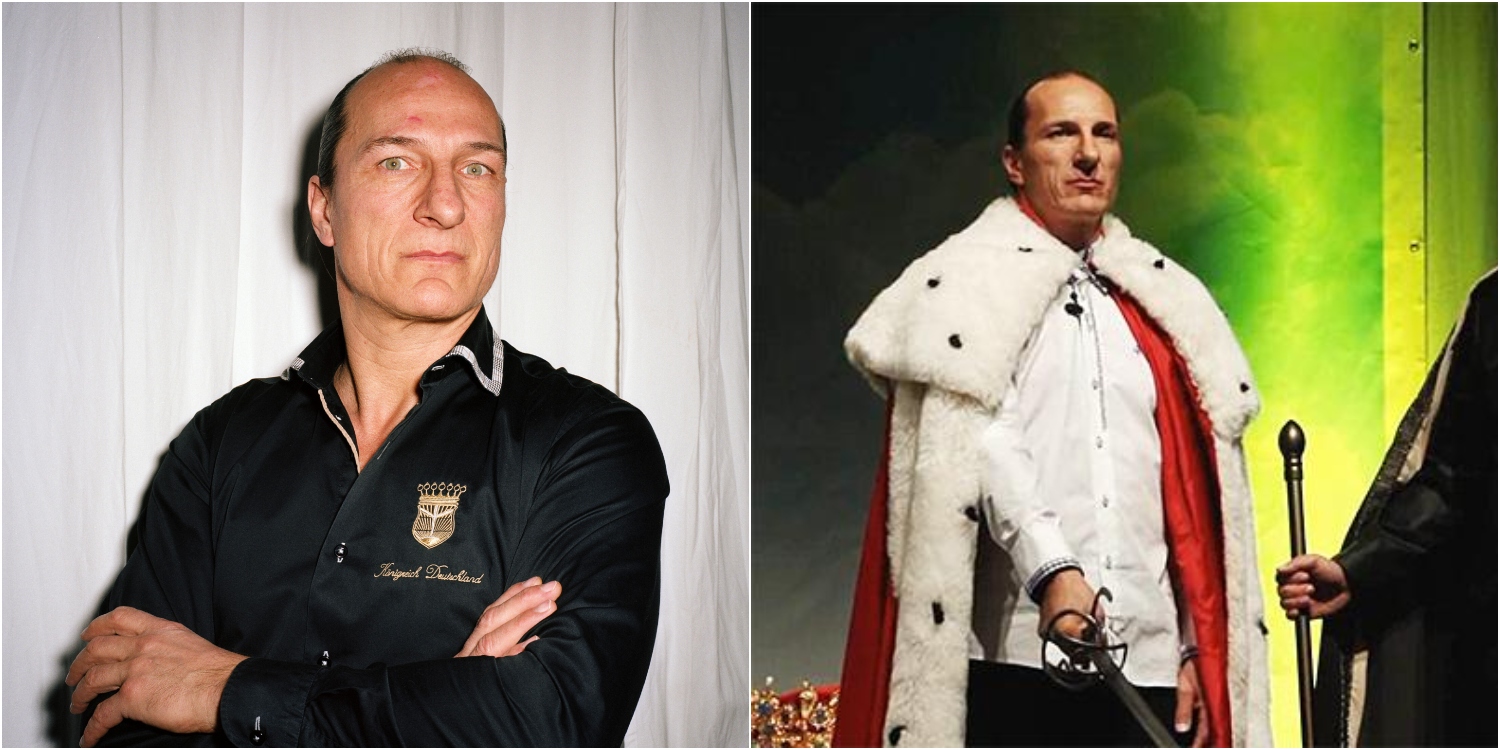 Everyone’s childhood dreams are different. For example, some people want to become astronauts and conquer space. Some people dream of doing something that can help humanity. Others grow up with dreams of one day becoming a ruler. Here is Peter Fitzek, living in Germany, a happy name who managed to fulfill his childhood dream, albeit in a somewhat unusual way. Peter Fitzek has declared himself king of the so-called kingdom he has founded in Germany! What’s more, thousands of people have made Fitzek their ruler today! Here’s what you need to know about Peter Fitzek, and more specifically about Peter I, as he was widely known among his subjects…

Peter Fitzek was born in 1965 in the German state of Saxony.

Fitzek, who received a culinary education in his youth, made a living as a cook for a while. In the following period, he worked in various positions, including as a karate instructor.

Peter Fitzek first took action in 2008 to fulfill his dream of becoming a “manager”.

In 2008, he ran for mayor of the city of Wittenberg, where he lives, in Saxony. However, he managed to gain only 0.7 percent of the vote. However, Fitzek did not give up on his childhood dream. In 2009, he ran as a self-nominated candidate for election as a deputy from the same region. However, Fitzek’s percentage of the vote remained at 0.7 percent again. Fitzek had to try unconventional methods to become a ruler…

Peter Fitzek, who failed to become a manager by traditional and legal methods, founded an association in 2009 called “NeuDeutschland” (“New Germany”).

The association proclaimed as its main goal “the return of Germany to its pre-1937 frontiers”. On the other hand, Fitzek and the members of the association Germany II. He believes that after the end of World War II, it was “ruled by foreign powers with an occupation constitution”. Accordingly, they argue that the Federal Republic of Germany is not a sovereign state…

Based on this idea, Fitzek and his entourage came up with a very creative idea, since they believed that there was no sovereign country in the lands where they lived: found a new country!

Fitzek’s ideal of NeuDeutschland was also adopted in Germany by members of the right-wing extremist Reichsburger group.

Members of the Reichsburger, as well as Fitzek and his friends, maintain that there is no sovereign state in Germany, they do not recognize the authority of the state and the constitution. Although it is not an organized structure, thousands of people scattered throughout the country are known to be supporters of a structure called Reichsbürger. Here Fitzek’s ideal of NeuDeutschland was met with great satisfaction among the supporters of the structure called Reichsbürger. For this reason, the number of Fitzek’s followers increased significantly.

With a significant increase in the number of followers, Fitzek began to work on the technical details of creating a new country!

Fitzek and his followers made great efforts to determine the foundations of the new country they would create, which path they would take in the international arena and what form of government would be … Finally, by 2012, Fitzek was ready to fulfill his childhood dream!

Peter Fitzek announced the creation of a new country “Königreich Deutschland” (Kingdom of Germany) on September 16, 2012!

Approximately 600 followers of Fitzek also witnessed these historic moments. From that day Peter Fitzek became Peter I, and his followers became subjects of the new kingdom…

Citizens of a country called Königreich Deutschland have their own identity card, just like any other country in the world.

Under these laws, for example, children who do not want to go to school are not required to! Also, the inhabitants of the kingdom should not pay taxes for Peter I! Peter I collects “aid” instead of taxes. New lands attached to the lands of the country are also acquired largely thanks to this assistance.

Some subjects of Peter I argue that the concept of a welfare state was highly developed in the country.

Some citizens say that the kingdom is able to afford everything you need in everyday life. Accordingly, the citizens of the kingdom have no problems either with food, or with housing, or with social security …

It is stated that interest in Peter I and Königreich Deutschland increased significantly during the pandemic.

Today it is claimed that Peter I ruled over subjects from 5 to 6 thousand people. However, Peter I and Königreich Deutschland did not go unnoticed by the FRG. It is alleged that Peter I was closely watched by the German state, especially since he became popular among the Reichsburger structure. Because it is stated that this far right group can take measures to create chaos in Germany.