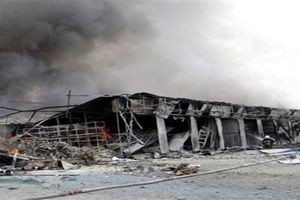 The South Korean Foreign Ministry said that 100 tons of humanitarian aid will be sent to Ukraine, which is at war with Russia.

Ten months have passed since the Russian attack on Ukraine, and the decision to help Ukraine again came from South Korea. The South Korean Foreign Ministry said in a statement that an additional 100 tons of humanitarian aid will be provided to Kyiv.

It was noted that humanitarian aid, including generators, children’s vaccines, medical devices and basic necessities, should leave on December 25.

The South Korean government has previously said it will provide $100 million worth of humanitarian aid to Ukraine by the end of this year.

WARNING TO SOUTH KOREA FROM PUTIN

Russian President Vladimir Putin said last October that relations between Seoul and Moscow would be shaken if South Korea supplied Ukraine with weapons and ammunition.

South Korean President Yoon Suk-yeol, on the other hand, stated that they did not send weapons to Ukraine, but provided humanitarian aid, and said, “We are making efforts to establish peaceful and strong relations with all countries of the world, including Russia.”