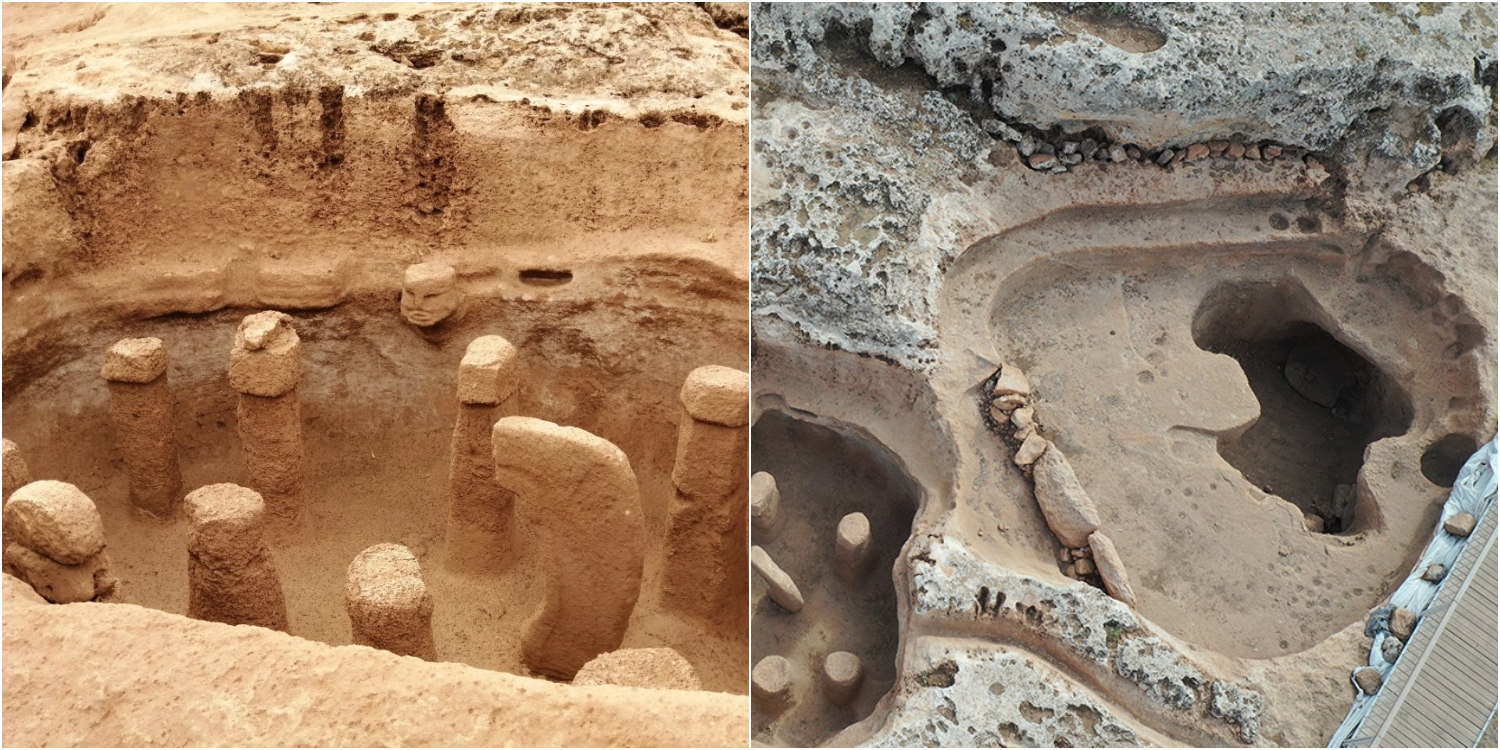 Göbekli Tepe, located within the borders of Şanlıurfa, is a very important archaeological site for the history of mankind, where human buildings have been located for thousands of years. Göbekli Tepe, which is believed to have originated around 12,000 years ago, has also pioneered many discoveries in human history thanks to the excavations that have been going on for many years. However, the secrets of this unusual region are not fully disclosed. However, the eyes of the world of archeology have turned to a new archaeological site where excavations have just begun: Karahantepe!

Just like at Göbekli Tepe, the Karahantepe excavations, located within the borders of Şanlıurfa Province, are thought to contain many important details that may contribute to our understanding of human history. It is claimed that Karahantepe, preserved thousands of years ago, was built even before Göbekli Tepe, therefore it is the oldest Neolithic monument in the world. In a word, the archaeological excavations of Karahantepe can completely change everything we know about the history of mankind! However, it looks like it will take some time to unravel the secrets of this important region. Here’s what you need to know about Karahantep, the most important discovery of recent years that could change the history of mankind…

The archaeological site of Karahantepe, located within the province of Sanliurfa, was discovered in 1997.

The area is located in the Haliliye region, about 60 km east of Sanlıurfa. In addition, within the borders of this area is Göbekli Tepe, one of the most important archaeological discoveries in history.

Excavations in Karahantep began in 2019.

The excavations in the region were started within the framework of the Stone Hills project, which was carried out at 11 different points in the Haliliye region. The region, which was given the status of an “archaeological site” in 2022, caused a great stir in the world of archeology. On the other hand, the fact that the region is located in the same geography as Göbekli Tepe may open up the possibility of a more holistic understanding of the life of human communities thousands of years ago.

In other words, the reason for the excitement created by Karahantepe in the field of archeology is not only artifacts, structures or material elements in the region. This region can also give us important insights into the daily lives, cultures, and thought systems of ancient human communities.

The excavations at Göbekli Tepe, which began in the 1990s, had a great impact on the whole world.

Because Göbekli Tepe was not only the region where the oldest traces of human history appeared. Göbekli Tepe showed that people who lived thousands of years ago had much more advanced technology, a higher architectural level and a much more complex cultural structure than we expected.

Here, new settlements discovered in the geography where Göbekli Tepe is located, especially Karahantepe, are proof that the people who lived in Göbekli Tepe thousands of years ago were not alone! For this reason, scientists who continue their excavations in Karahantepe believe that this region will attract a lot of attention around the world, just like Göbekli Tepe. However, Karakhnatepe is already visited by many people. It is believed that the region will become more important and popular in the coming period due to the increase in discoveries in the region.

However, according to Karul, Karahantepe is a region that can give an answer to how the social system was built thousands of years ago and how prehistoric people lived. In addition, the cultural-technical and technological stages of development of prehistoric people can also be identified thanks to Karakhantepe.

Why is Karahantepe important, how is it different from Göbekli Tepe?

Göbekli Tepe is a region that contains very important information about the life of prehistoric people. The monumental stones and structures found here, various reliefs and many other important relics have significantly influenced our understanding of the history of mankind. However, although there are some similar elements and structures in Karahantep, there are some things in Göbekli Tepe that are not!

Göbekli Tepe is an area built for private purposes with a predominant public aspect. However, you can see traces of everyday life in Karahantep.

In other words, structures in Göbekli Tepe and the region as a whole were built and used for a specific purpose. On the other hand, Karahantepe is a special area where buildings built for public purposes are intertwined with houses and structures that bear traces of everyday life. This is one of the most important aspects that separates Karahantepe from Göbekli Tepe.

The houses discovered in Karahantep are structurally different from each other in an unprecedented way.

The differences in these structures are reminiscent of the possibility that the human community in the region may have led a different life than its contemporaries, both in public and private life. In other words, if the veil of secrecy over structures or ways of life in Karahantep is lifted, what we know about human history could change radically.

The secrets of Karahantepe have not yet been unraveled, but scientists believe that non-institutional, but extremely strict rituals could be performed in the region.

In the center of the construction complex in Karahantep there is a building with a diameter of 23 meters.

Obelisks with figures of animals such as foxes and leopards are evenly spaced on the walls of the building. In addition, the building contains raised areas believed to have been built for people to sit on. This structure of the building in the center reinforces the idea that the structure may have been built for some kind of ritual that we do not yet know how they were performed. In short, Karahantepe, which is of great importance in terms of shedding light on the mysteries of human history, is home to dozens of unknowns waiting to be solved…