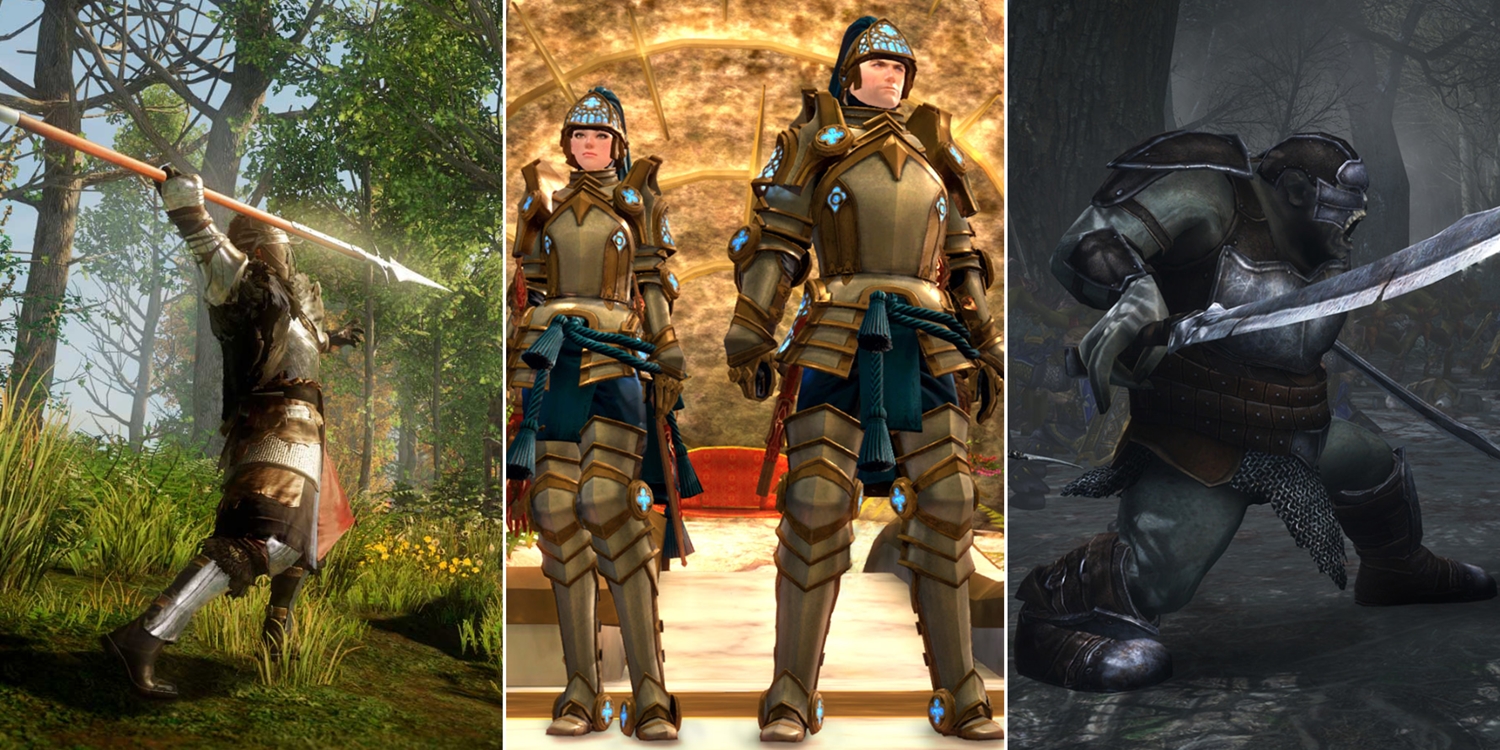 Before we start our article, let’s talk about the MMORPG extension. MMORPG literally means Massively Multiplayer Online Role Playing Game. So, MMORPG refers to massively multiplayer online role-playing games with large maps. Players create characters and try to develop their characters by playing such games. Although MMORPG games are not very popular today, there are still many players in this genre. We have told you which games are the best MMORPGs and the best RPGs for you. Here are the best MMORPG games.

You can also check out this content: “8 games that revolutionized the world and the gaming industry.”

Topping our list of MMORPGs, World of Warcraft (WoW) is a massively multiplayer online role-playing game developed by Blizzard Entertainment and released in 2004. The game takes place on the planet Azeroth in the fantasy universe of Warcraft. It’s been roughly 4 years since the events of Warcraft III: The Frozen Throne, the previous entry in the Warcraft series.

With over 12 million users worldwide, World of Warcraft has entered the Guinness Book of Records as the “most popular MMORPG game”. To date, the game has generated a total of $9.23 billion for the company, making it one of the highest paying games of all time.

In World of Warcraft, as in other MMORPG games, players can level up by creating a character, completing missions in the game world, gaining experience, killing monsters, or fighting other players. The game requires a special subscription and, like many other MMOPRG games, requires a monthly payment to play World of Warcraft.

You can also check out this content: From God of War to Assassin’s Creed Odyssey: 9 Amazing Games Based on Greek Mythology.

Guild Wars 2 draws attention with its unusual structure and huge open world map. The game contains mini stories instead of a big story. There are a lot of things you can choose from during character creation, from your starting armor to how you interact with the game’s main storyline. Although the main version of Guild Wars 2 is free, you need to purchase additional packs to access the full game.

New World, one of the new generation MMORPGs, takes place on a fictional island in the Atlantic Ocean known as Eternum Island. You don’t have to choose any character class in the game, you can use any weapon as you develop it. While the game’s story and side missions help you level up, there are many other things you can do as well, such as logging and mining. In addition, the dungeons and PvP in the game are quite enjoyable.

Final Fantasy XIV deserves to be on our list of MMORPG games, has an undeniably slow start and is very similar to other MMOs in the beginning, but as time goes by you get more and more varied action. In our opinion, this is due to the fact that the game does not impose any restrictions. You can switch between different jobs (classes) of the character, which will evolve into more complex roles as you level up. This extends to your side jobs like crafting, fishing, cooking, and more.

EVE Online has earned itself the name of a cold, emotionless universe filled with exploitative players. This is an immersive MMO for those who participate, where war, betrayal and espionage between real players are the norm.

In the shallow waters where you started, you might be surprised at how generous people are. Player-run businesses need new players to join the challenge, and outsiders are often willing to donate ships, blueprints, and in-game currency to help you get started.

Some players have even created an in-game university to teach you how to survive. After playing long enough, you’ll realize that EVE Online is one of the deepest games ever made.

Black Desert Online, which is on our list of MMORPG games, has a huge, gorgeous world that many people are excited about. For this reason, we can say that this is one of the most enjoyable MMORPG games. The game features dynamic combat mechanics with a focus on aiming, dodging and blocking in real time. Also, what really sets Black Desert Online apart is its focus on building empires and civilizations.

If Skyrim or Oblivion wasn’t enough for you, we think you’ll love The Elder Scrolls Online. It combines multiple settings from various iterations of Bethesda’s single-player RPGs, allowing you to explore from Tamriel to the high elf kingdom of Summerset and the Khajiit homeland of Elsweyr.

The Elder Scrolls Online also combines an MMO well with a solid single-player experience. For those who want a solo experience or a multiplayer experience, there is no judgment here and the game offers more and more.

8. Lord of the Rings Online

If you, as fans of Middle-earth, are looking for a new MMO, The Lord of the Rings Online is definitely worth considering. You can play as a hobbit, fight alongside Gimli and defeat the Witch-king in Angmar.

The Lord of the Rings Online is also faithful to the books, with lots of little touches for those with an interest in history. The Lord of the Rings Online was first released in 2007 and was pretty old fashioned even when it was released, but it continues to get updates even now. What’s more, most of its content is free and will allow you to level up to level 95 with the Helm’s Deep expansion.