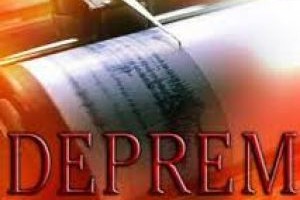 It was announced that an earthquake of magnitude 6.2 occurred in the city of Hualien, located on the east coast of the island of Taiwan.

Tremors caused by an earthquake of magnitude 6.2, which occurred at a depth of 5.7 kilometers on the seabed, were felt in and around Taipei to the north, as well as in Hualien.

There have been no reports of human casualties or property damage as a result of the earthquake yet.

The US Geological Survey declared the earthquake a magnitude of 5.9.

In Taiwan, on September 18, a magnitude 6.8 earthquake struck the city of Taitung on the southeast coast, killing one person and injuring 164.