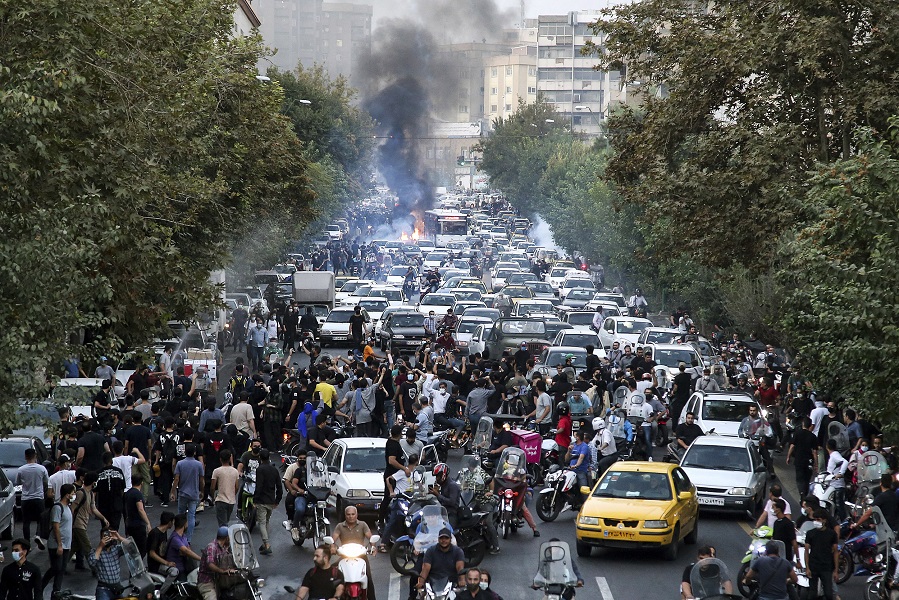 The Iranian Human Rights Organization (IHR) has announced that about 40 people have died as security forces intervened in the Mahs Emini protests last week, and the number of demonstrators who have died since the demonstrations began has risen to 378.

A report published yesterday on the website of the Norwegian-based IHR gave information about the demonstrations in Iran, which are now in their third month.

The report, which includes data for 25 provinces from 31 countries, indicated that the largest number of casualties occurred in the province of Sistan-Baluchistan, where the Sunnis are concentrated.

In the report, 123 in the province of Sistan-Baluchistan, 40 in Tehran and Kurdistan, 39 in Western Azerbaijan, 33 in Mazandaran, 23 in Gilan, 15 in Elborz, 14 in Kermanshah, 9 in Khuzestan, Khorasan-i-Rezevi and Isfahan, 5 each everyone. in Zanjan and East Azerbaijan, 3 each in Merkez, Qazvin and Loristan, two each in Kohgiluyeh-Bayer-Ahmed, Ardabil, Iylam, Bushehr, Fars and Hamadan, Khurmuzgan, Simnan and Kirman. It was also recorded that one demonstrator died in .

It was stated that 47 of the dead demonstrators were under 18 years of age and 27 were women.

About 40 people were reported to have died in the last week alone.

The September 16 death of 22-year-old Mahsa Emini, who fell ill and was taken to hospital after being detained on September 16 by Irshad patrols, known as Tehran’s “vice police”, sparked protests against the country’s government. .

In its report released on November 17, the HRI stated that 342 protesters were killed as a result of security forces intervening in the street demonstrations that began after Emini’s death.

Some 50 guards are said to have died in demonstrations that have swept across the country.