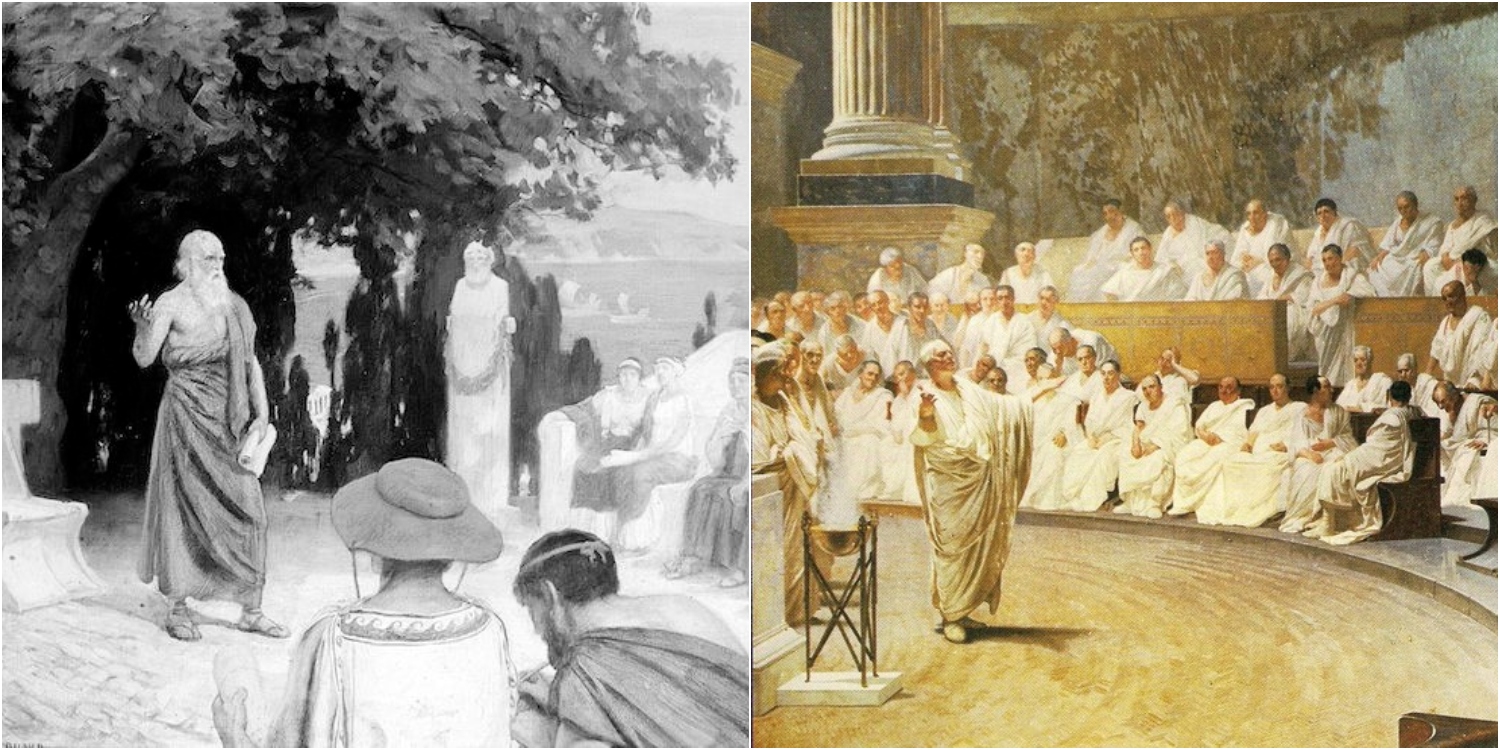 History is full of many ancient civilizations that have made great contributions to human civilization. However, few of these civilizations managed to put forward structures, concepts and inventions as enduring as the ancient Greek civilization. So much so that the concepts, systems, and even thought forms that originated in ancient Greece continue to exist among the building blocks of the modern world, despite thousands of years. Ancient Greece continues to live even thousands of years later with the material and spiritual elements that it introduced into the history of mankind. Here are 10 inventions and concepts that originated in ancient Greek civilization and are still significant today.

Democracy is the most common and most agreed upon form of government of our time. Democracy, which is extremely important in the life of modern man, arose in the ancient Greek civilization in the early 500s BC.

Throughout its history, philosophy, which has largely shaped the basic thought practices of man, was also an ancient Greek innovation. Pre-Socratic thinkers such as Thales and Pythagoras left an important legacy for future generations with their research in natural philosophy.

In the period that followed, philosophers such as Socrates, Plato, and Aristotle made important contributions to the legacy of philosophers before them by their analysis and definition of many of the concepts that form the basis of modern human civilization.

Geometry was known before ancient Greece by ancient civilizations such as Egypt and Babylon. Moreover, it had an important field of application in everyday life. But the origin of modern geometry occurred in ancient Greece. Mathematical philosophers such as Pythagoras, Euclid, and Archimedes pioneered research that theorized geometry.

The “map of the world”, believed to have been drawn in Babylon between 700 and 500 BC, only a few regions were mapped. However, the ancient Greek philosopher Anaximander was the first to create a real map of the world between 610 and 546 BC. For this reason, he was considered the first cartographer in history. In addition, the idea that the Earth is spherical was first developed in the ancient Greek civilization.

This tool, which is found in all modern cars, was also invented in ancient Greece. People who lived in ancient Greece could measure distances between cities or regions. In this way, they managed to stay one step ahead of their contemporary civilizations in many areas, from urban planning to the creation of military strategy.

The wheel counter, thought to have been invented by Archimedes or Hero of Alexandria, was integrated into the vehicle. Inside the device there was a gear system connected to the wheels. As the wheels turn a certain number of times, the position of the gears changes and distance measurements can be made by calculating the distance that a wheel revolution corresponds to.

It goes without saying how crucial water is in human life and that it has many uses in everyday life. The ancient Greeks, who recognized the importance of water, were the ones who put forward the first examples of water mills.

Ancient Greece was the birthplace of many talented philosophers, mathematicians and, of course, engineers. 25 centuries ago, the ancient Greeks, who wanted to move huge concrete blocks, knew that there could be a much easier way for the task. As a result, they invented vehicles much like cranes as we know them today.

Medical science, which allows humanity to live in a real sense, was first born in ancient Greece as we know it. Also known as the “father of modern medicine”, Hippocrates was the first to reject the superstition that diseases are caused by punishments given by the gods!

Ctesibius, who lived in ancient Greece in the 3rd century BC, was the inventor of the clock, which could measure time with maximum accuracy, as well as sound the alarm. He made the water clock he invented sound the alarm thanks to the pebbles he included in the clock system.

Theater originated in Athens, the most important settlement of ancient Greek civilization, around 700 BC. and became an important part of everyday life, spreading to the four sides of civilization. This ancient art, which originated in ancient Greece, was so powerful that the works created at that time continue to shape the understanding of theater and even art in the modern world today.