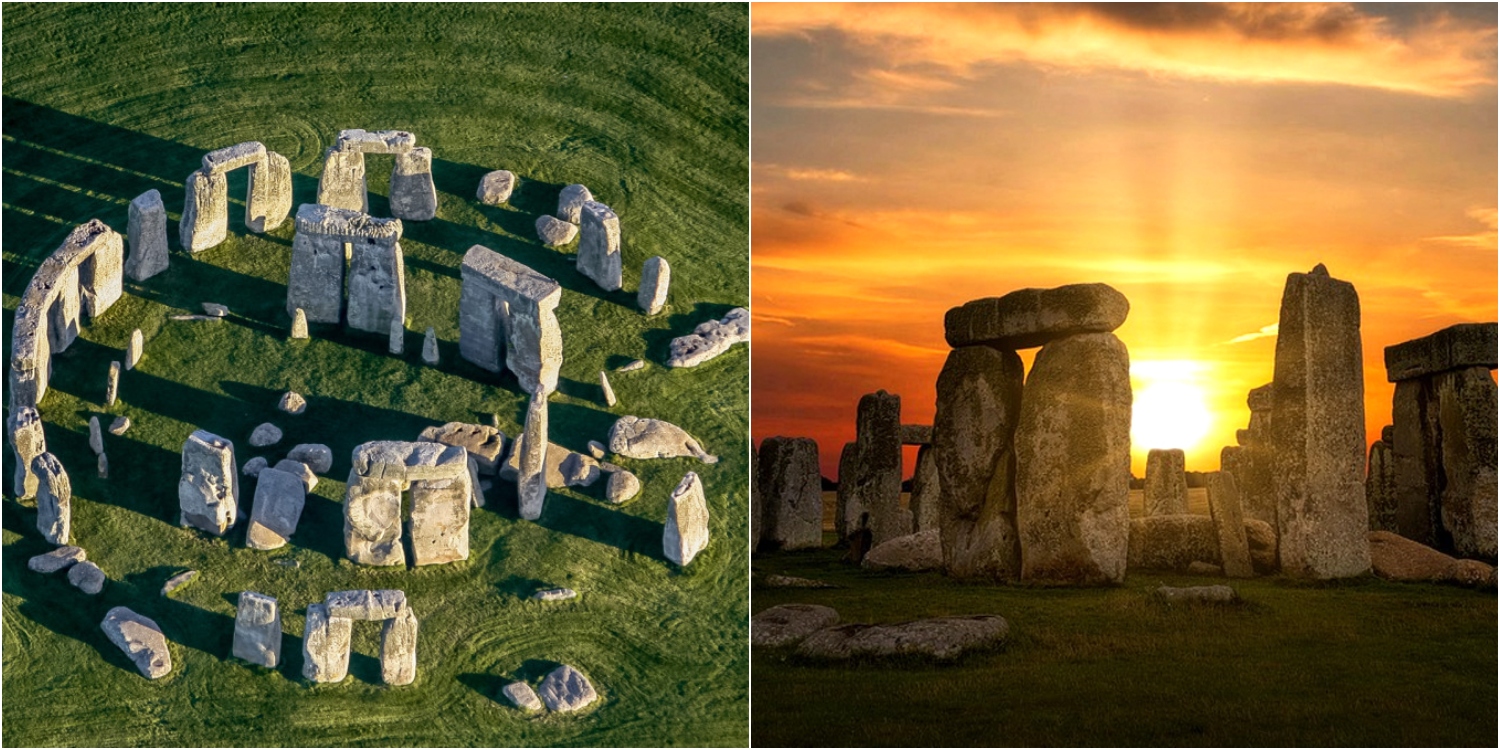 Salisbury Plain, located in the city of Wiltshire in southern England, is home to a very interesting structure with a thousand-year history: Stonehenge. It is believed that these huge stones were placed on this site by a mysterious human community thousands of years ago. These huge rocks are filled with information that could possibly completely change what we know about ancient societies! However, the mystery of this interesting structure called Stonehenge has not been solved for hundreds of years. However, there are some amazing things we know about Stonehenge. Here are 10 interesting facts about the ancient and mysterious Stonehenge, one of the attractions of Britain, which you may not have heard of yet …

1. Human footprints at the site of Stonehenge date back to 3100 BC.

It is believed that the huge stones were first brought to the region between 2400 and 2200 BC. However, the round monument, today a great mystery, is believed to have taken its final form between 1930 and 1600 BC.

2. We have no information about the people who built the monument

Because this community has no written source. This is the main reason for the uncertainty about the monument.

3 Stonehenge May Have Been Designed As A Graveyard

In 2013, a group of scientists working in the region discovered skeletal remains that can be dated back to 3000 and 2500 BC. These remains included 50,000 different bone fragments estimated to have belonged to 63 different people. For this reason, some scholars have suggested that Stonehenge may have been built as a graveyard. However, it is not known what the monument was actually built for.

4. It is believed that the stones were brought from a distance of about 320 kilometers to the area where they are today.

Considering that each of the stones is at least 4 meters long and weighs tons, this is indeed a great achievement! How the stones were transported is a mystery, like many other things in the monument!

Because the stones that make up the round monument have extremely strong acoustic characteristics. Some scholars believe that the stones were transported from afar because of these properties. However, it is known that some ancient cultures attributed healing properties to rocks with this feature.

According to this, one of the most important figures in British mythology, the magician Merlin in the legend of King Arthur, removed the huge stones erected in Ireland by the giants and brought them to where they are today. Because in the area where the monument is located, there was a bloody war and 3,000 British nobles died. Merlin, on the other hand, wanted to commemorate the fallen nobles with this monument.

This headless body was from the 7th century!

8. The earliest known realistic painting of Stonehenge was made in the 16th century.

The Flemish painter Lucas de Here made a watercolor painting on the site of the monument between 1573 and 1575.

In 1985, a community called New Age Travelers in England wanted to organize a festival in the area where the monument is located. However, government officials responded to this request by banning the festival. On the other hand, travelers who wanted to achieve their goals went to the area where the monument was located. Of course, what awaited them there was not just huge thousand-year-old stones…

According to records, a quarrel that broke out between 1,300 policemen and 600 travelers soon escalated into a small-scale war. This event, which lasted several hours, during which dozens were injured and hundreds were detained, was called the Battle of Binfield.

10. More than 1 million tourists visit it every year.